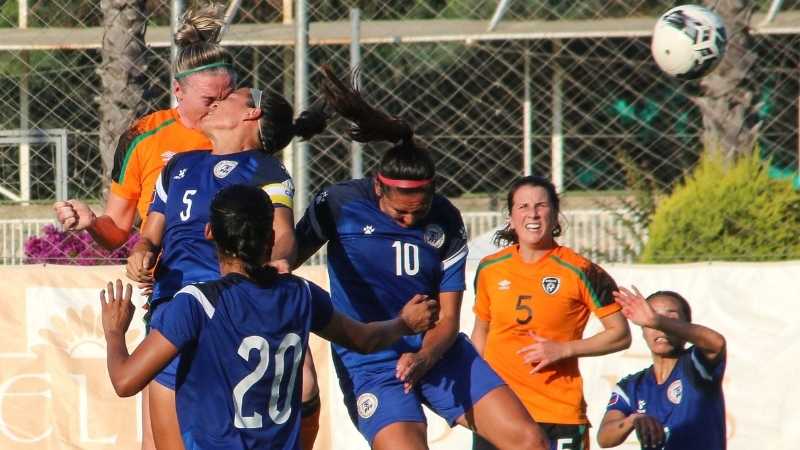 Lily Agg had a day to remember as she was the goal scoring hero on her debut for the Republic of Ireland Women’s National Team in a 1-0 win over Philippines in Antalya, Turkey.

The International Friendly was set up to help Vera Pauw's squad acclimatise to the heat ahead of their 2023 FIFA Women's World Cup Qualifier away to Georgia on Monday, June 27th.

With many players out of season, this was a good session for Ireland to help build up their match fitness against a team that has already qualified for next summer's World Cup tournament.

While Ireland tried to connect their passing game, it didn't always work in the first period. Agg was a bright spark in midfield and Roma McLaughlin impressed in her first start since Pauw took charge of the team.

It was also a first start for forward Stephanie Roche, ending a long wait since September 2017. The Peamount United ace worked hard but didn't get too many chances to add to her 15 goal tally.

Agg, who was born in Brighton, qualifies through her Cork-born Grandmother and made the most of her first appearance for Ireland. She was aggressive in her pressing, positive with her passing and determined with her running off the ball.

It was one of those of runs that led to her goal when she attacked at the back post when Roche received the ball and unleashed a shot on the turn that deflected into the path of Agg to slot in.

There weren't too many clear-cut goalscoring opportunities after that as Pauw made four changes at the interval, which included defender Jessie Stapleton coming on for her senior debut.

The Philippines went close to scoring themselves late on but Carleigh Bennett Frilles fizzed her shot wide of Courtney Brosnan's goal, to ensure the Irish stopper recorded her fourth clean sheet.

After the full-time whistle sounded, the players who did not feature in the game, plus some of the substitutes, took part in a 9v9 practice game against the Philippines to ensure everyone underwent a work-out.

Midfielder Denise O'Sullivan will report into camp on Monday having featured for her club, North Carolina Courage.

Pauw's squad will continue their training camp in Antalya until Saturday, June 25th when they fly to Tbilisi, Georgia ahead of their World Cup qualifier.