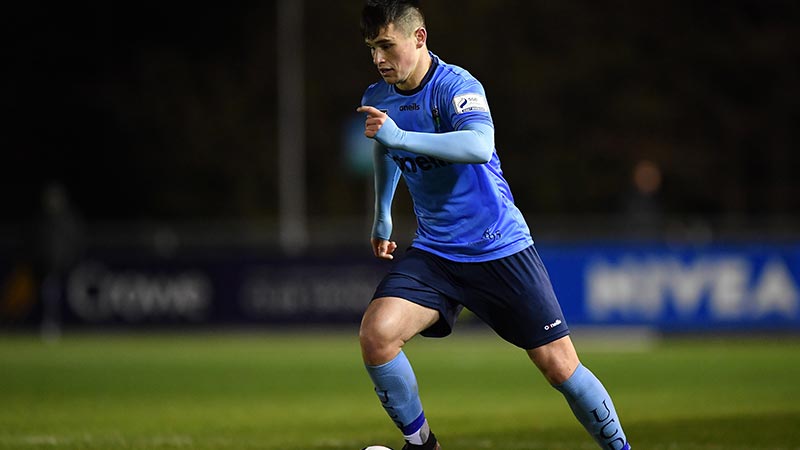 In a game where every player gave everything they had, and quite literally ran until the 97th minute, Galway will probably leave as the happier side in their 2-all home draw with UCD.

There are encouraging signs for Galway who dominated large passages of the match, while UCD will rue the Padraic Cunningham goal conceded late in the game.

The Tribesmen dominated the early physical exchanges and had a high press on the visitors in defence and midfield.

20-year old Ruairí Keating, was at the heart of everything good that Galway did, and proved to be a constant danger for the students all over the pitch.

He was influential in their best move of the first half, where they played between the thirds and worked through the UCD lines.

For the students, Dara Keane was part of some very good moves and Liam Kerrigan showed what a dangerous player he is, due to his low centre of gravity, and his ability to switch direction at pace, creating space to unleash a shot that was saved by McCormack.

As half-time approached, the Belfield boys took the lead in a slightly controversial manner. Galway appeared to knock the ball out for a UCD substitution to take place, Ciaran Behan replacing the injured Luke Boore.

However, UCD took the throw-in and kept possession, with Harvey O’Brien crossing from the right wing and Colm Whelan jumped highest to head home for the visitors and lead 1-0 at the break.

Galway replied brilliantly in the second half. In their first attack, a Maurice Nugent header hit the post and Mayo man Ronan Manning reacted first to score.

Could they impose themselves on home turf to find a winner?

The tempo of the match increased as both sides really attacked the game. Galway’s high press almost reaped rewards, as they stole possession from a UCD kick-out but Hurley’s terrific shot was saved well by Healy.

With just 20 minutes to go, UCD scored from an O’Brien header and they looked comfortable afterwards as they looked to play out the game and leave with the spoils.

Galway made substitutions as they desperately searched for a goal, sending on Brouder, Cunningham and Waweru.

The added pressure told as four minutes later, a fantastic throw-in from Stephen Walsh was met by the head of Cunningham to level it.

UCD made changes as both sides chased a winner late in the game but a draw was probably the fairest outcome tonight.