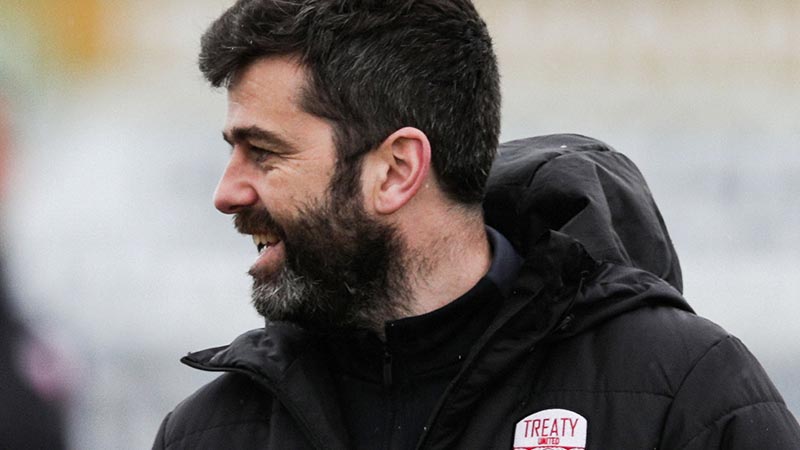 A stoppage time goal from Wilson Waweru ensured Galway United snatched a late point to deny Treaty United the spoils of what was a very good display from the newly included side.

It looked as if Edward McCarthy's bullet header would be enough to take the three points back to Limerick only for Waweru's goal deep in stoppage time to salvage a point for the home side. Despite ample chances and possession by the home side they could convert it into goals until the dying seconds of the game.

The first opportunity of note fell to the away side as Marc Ludden crossed the ball into the area and with Hanlon ready to pounce Galway’s defence cleared the danger. Ronan Manning responded in kind for the hosts with a well-struck effort that Tadgh Ryan did well to hold onto. Manning followed that attempt moments later that once again tested Ryan.

It was Treaty who took the lead, however, with a superb team goal that started with experienced left-back Marc Ludden sending in an excellent cross from the left that was met by Edward McCarty rose above the Tribesmen defence to head past Kearns at the back post.

Galway sensing the danger from Treaty's counter-attacks began to retreat and soak up some continued pressure from the away side, but as the half wore on they began to get a foothold on the game. Ryan Manning proved once again to be dangerous with another effort that was deflected for a corner, but that was as good as it got.

The Eamonn Deasy Park outfit emerged as a different team in the second half as Shane Duggan sent in a clever ball to Killian Brouder at the back post who effort towards the goal couldn’t get the proper connection. Duggan followed up by taking a chance on himself, but Tadgh Ryan once again denied him with an excellent save.

Galway looked odds on to equalise when the ball sent in high into the area was met by Padraic Cunningham who did everything right to try to slot the ball home, only for Ryan once to pull off a well-placed block.

It looked as if Treaty would be taking home the spoils only for an opportunity to present itself to Galway in the dying seconds that they capitalised. Conor McCormack sent in a free-kick into the area and Waweru prodded the ball past Ryan after an initial knockdown by Duggan.

While a share of the spoils would seem a fair result based on Galway's possession and hard work it will be the Limerick side who have gained a lot of plaudits tonight for their style of play and game management.

Both clubs will look to build on this result next week.