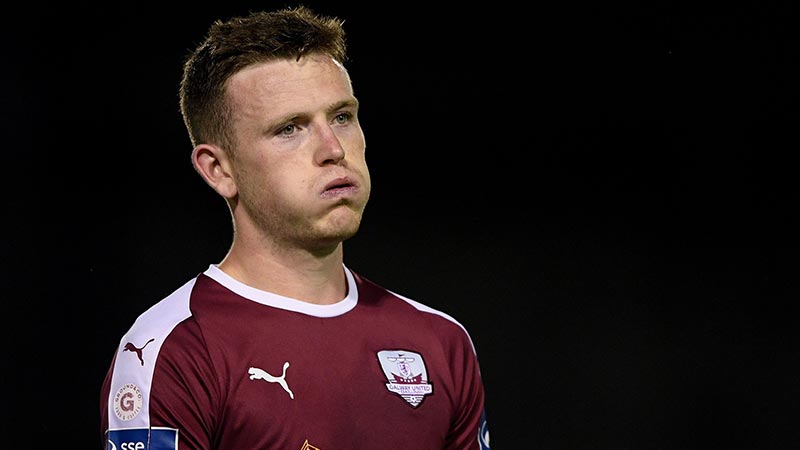 Galway United have well and truly turned up the heat on the League leaders after a fine home win over Shelbourne this evening.

A tense matchup was decided by two excellent assists, O’Keeffe supplied the first for Shane Dohertys opener after 12 minutes, that was followed in the 51st minute by a great corner by tremendous David Hurley and Killian Brouder heading home to seal the deal for Galway.

There was a flurry of late goals with Keating scoring late on for Galway to put the home side 3-0 up 90 minutes gone, and Brian McManus getting a late consolation for the traveling side.

It was a quiet open exchange in Eamonn Deacy Park, with both sides going back to front, but not many opportunities were being created.

Galway defender well and seemed keen to counter attack, and that's exactly how they created their first opportunity and their first goal.

There was great build up play, which led United down the right hand side and a wonderful cross from O’Keeffe found Shane Doherty who struck and put the home side 1-0 up.

This goal allowed Galway to set up and hold their lead. Shelbourne dominated possession but failed to make any opportunities on goal they were left feeding off long range efforts and set pieces.

Galway's impressive defence held tight and the sides went in 1-0 at half-time.

The second half started much like the first, with Galway sturdy at the back, leaving the Dublin side looking for answers.

Five minutes into the second half, Galway again struck the back of the Shelbourne net. From seemingly out of nowhere the United corner was headed home by Killian Brouder after a brilliant ball in from David Hurley.

This seemed to finally click the Dublin side into gear as Galway were forced to survive an onslaught of long balls and crosses into their box but they stood firm.

During this spell Galway never looked too worried the pressure was building but they showed great character and willingness to fight for every ball.

It was Galway who struck again late on with a brilliant 90th minute effort from Keating put the Westerners 3-0 up. Although that was short lived as Shelbournes McManus scored a fantastic late consolation goal for the visitors.