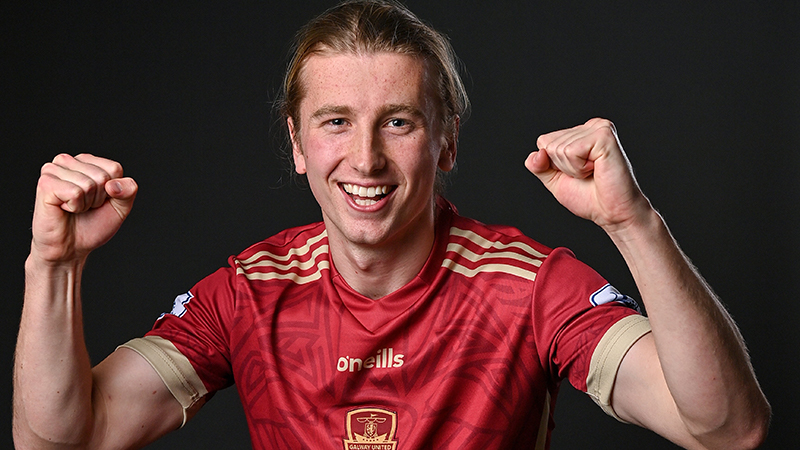 David Hurley's first half volley and a late efforts from Rob Manley and Mikie Rowe was enough to fire Galway into the play-off final.

Hurley found the back of the net after 24 minutes after a long throw from Killian Brouder found him in the area and he smashed it home.

Mikie Rowe secured the win in the 90th minute while Rob Manley also got on the scoresheet with 94 minutes on the clock as Galway now move into the play-off finals.

Longford failed to get on the scoresheet in a match where chances were few and far between for the away side in a game where Galway came out on top 3-0.

Galway started the half the better of the two sides moving and passing the ball around with great intent.

Stephen Walsh came closest to scoring after 11 minutes with his effort cleared off the line.

Galway opened up the scoring after 26 minutes after David Hurley got onto the end of a long throw from Killian Brouder caused mayhem in the box.

Galway pushed home their advantage but went in at the break 1-0 up.

Early in the second half Luke Dennison was forced to make a crucial save after 48 minutes preventing Galway from increasing their lead to 2 goals.

It was 90 minutes on the clock when Galway fans could breathe a sigh of relief as Mikie Rowe got his third goal in 2 games against The Town Stephen Walsh setup Rowe after chasing down a long ball and squaring it to Rowe who tapped home gracefully.

This took the wind out of Longfords sails and in the 94th minute Rob Manley took advantage of a tired Longford defence and netted a goal of his own making it 3-0 to Galway and the play off final now well in their sights.

United now can look forward to a one and done matchup against Waterford in the markets field next Friday night.