Bohs have Lux’ury of away Euro win 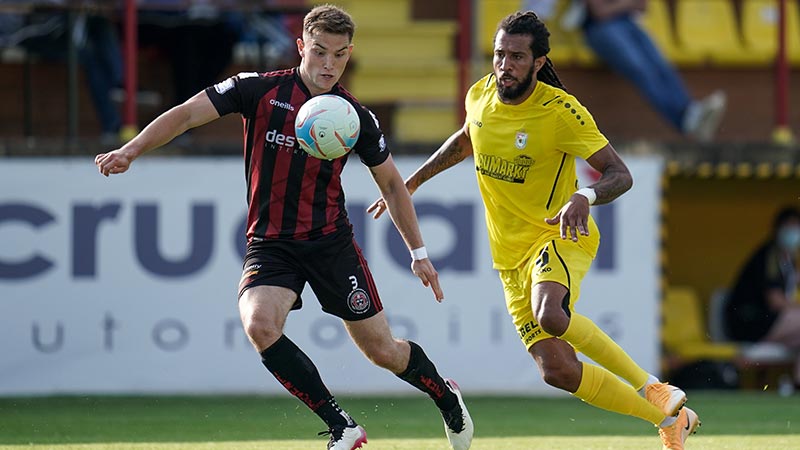 Bohemians will take a well deserved one goal advantage into the second leg of their Europa Conference League tie, as Ross Tierney's first half strike gave them a 1-0 win In Luxembourg tonight.

The Dublin outfit were made work for the result, their first major chance eventually fell to Tierney who converted home. The defence was a standout for the side, dealing with any threat the hosts could throw at them.

Keith Buckley’s men had to endure a nervous final quarter to the tie, as Dudelange pilled the pressure on, but failed to create any chances as the Bohs defence was water tight.

It was a tie they never deserved to lose, they created much the better chances throughout. Ali Coote caused plenty of danger in the opening minutes. Early pressure showed cracks in the home side's defence , Dawson Devoy played a stunning pass to Coote, who fumbled with the keeper, and the ball fell to Ross Tierney, who made no mistake in front of goal.

After the visitors had taken the lead they never looked like conceding, the home side forced into shooting from long range, or aimlessly crossing balls into the box which Talbot could easily gather.

When the half-time whistle sounded, it looked very much a one way tie for The Gypsies who were dangerous in front of goal.

The main talking point late in the half, was Ross Tierney going down in the area but the referee waved play on.

Dudelange looked much the better team on the restart, they were now taking more chances in the Bohs area, but could still not find the back of the net. The defence putting in a massive shift to prevent any potential chances.

In the final minutes of the game, the home side failed to make any use of the possession to aim a shot at James Talbot, Bohemians players putting everything on the line to take the 1-0 advantage to Dalymount Park in the second leg. Worries for Keith Buckley however as defender Ciaran Kelly was forced off with an injury.