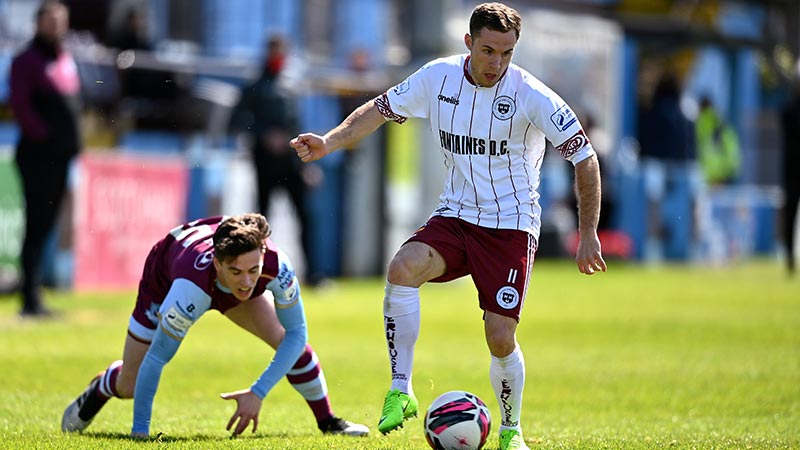 A late, late goal from James Clarke was enough for to help Drogheda United share the spoils with Bohemians at United Park this afternoon.

Bohs looked to have done enough to win their first game in almost a month, after Liam Burt put them ahead on the hour mark.

But they couldn't hold on and Clarke's 93rd minute equaliser means Keith Long's side remain in the bottom half of the table, with a third of the season played.

The visitors will be kicking themselves, having let yet more points slip late on.

Although they failed to create many clear-cut chances, Keith Long’s side, controlled possession for long periods and starved their hosts of quality ball in the attacking third.

They started the game like an express train, pinning Drogheda in their own half in the early stages, with players like Dawson Devoy tormenting the home defence.

But the initial zeal soon died off, and a tense affair ensued, characterised by four yellow cards, split evenly between the two sides in the latter stages of the opening period.

The second half had a slower start than the first, and the game threatened to fizzle out before Devoy’s sumptuous assist allowed Burt to open the scoring for the Gypsies.

Rather than resting on their laurels, Bohs continued to press and looked to add to their lead, to seal the win through Andy Lyons and substitute Promise Omochere.

But as the clock wound down, Drogs gradually pressed forward and were able to steal a point after James Clarke bundled the ball home late on.

The result means that newly promoted Drogheda are enjoying a happy return to the top tier of Irish football as they sit pretty in fifth place; while Bohemians are two spots below them on eight points.

It means Bohs face an uphill battle to qualify for Europe as the title race is surely beyond them, even with only nine games played.