City and Rovers draw at the Brandywell 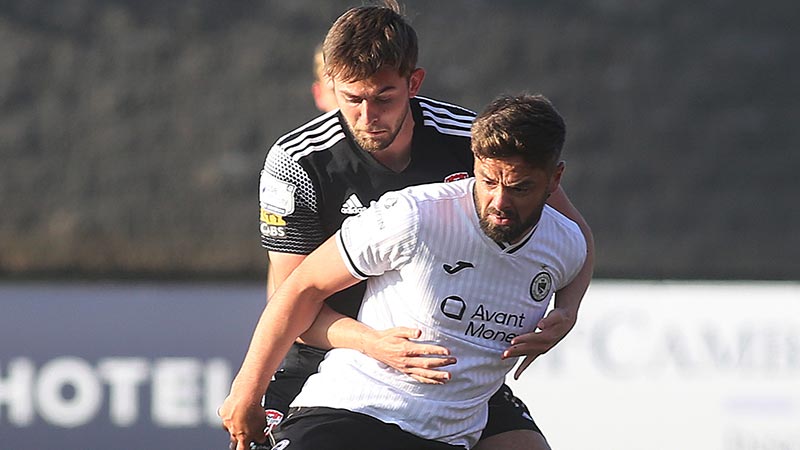 While the first half of this tie between Derry City and Sligo Rovers remained tight lipped, the second 45 minutes in the Brandywell saw things open up and become a better visual for onlookers.

Jordan Gibson broke the deadlock in the 54th minute when he split the home side’s back line open to slot the ball past Nathan Gartside.

Despite Sligo taking liberties to wind the clock down thereafter Derry pushed through the adversity as Ronan Boyce equalised in the last five minutes of the game to see the fixture wrap up at 1-1.

The goal mouth was an area which was not often ventured to at the start of the match, the only real chances coming at different ends of the pitch from David Parkhouse and Johnny Kenny, both delivering the same result of skying the ball over the bar.

The cagey first half concluded at 0-0 with it all to play for going into the break.

Just when it looked as if Derry were gaining some momentum Sligo ripped that notion to shreds as Jordan Gibson tore through the home side’s defence at the end of Ed McGinty’s kick out and placed it past Gartside with his tenacious touch.

Liam Buckley’s men then set about trying to retain their lead, only attacking on the counter and making use of a plethora of substitutions such as David Cawley, Romeo Parkes and Walter Figueira to see out the clock, but ultimately the sustained pressure from Derry’s Will Patching and James Akintunde came back to bite them.

It was a mistake from Shane Blaney that saw the Red and White Army get one back, Boyce capitalising on the fault to stroke the goal beyond Ed McGinty.

Derry are still yet to win a game in the Brandywell after they shared the points in this one, while Sligo extend their rough patch as they are now without a win in their last three games.