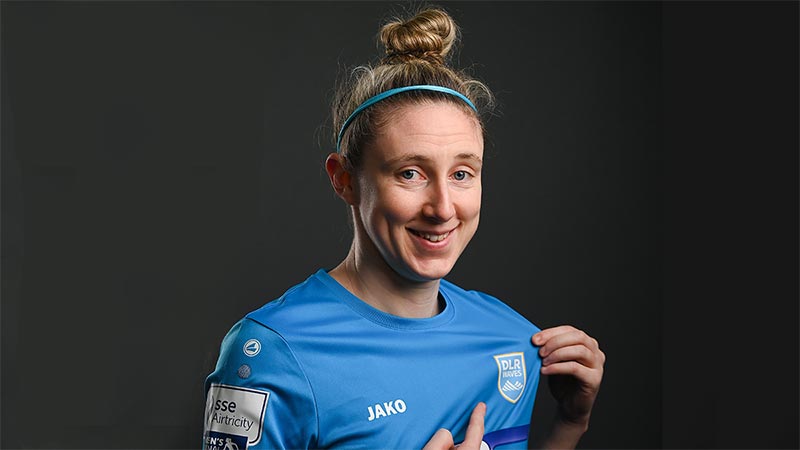 DLR Waves edged Cork City in a tactical and tense WNL affair at a sun-drenched Turners Cross this afternoon.

A Jess Gleeson thunderbolt into the bottom corner, from a free kick on the edge of the box settled the game in the 26th minute.

The winning and losing of this game will rest in the inability of Cork City to put finishing touches to some outstanding chances.

DLR Waves were efficient in dropping back as a unit and holding their shape, as Cork City lurked forward.

City's Lauren Egbuloniu looked bright early on, as she drove past a number of DLR players, but her initial drive was resisted and cleared.

In the 23rd minute, Eva Mangan played a stunning ball behind the DLR defence to Egbuloniu, but her cut back was gathered by Irish international, Eve Badana.

DLR weren't without their chances either before they broke the deadlock.

Catherine Cronin tried her luck from distance, but it sailed over the cross bar.

Late in the first half, Kerri Letmon found the side netting after getting her shot away inside the box.

The second half was four minutes old, when Gleeson smashed the cross bar.

Cork City came close to equalising, midway through the half.

DLR were patient throughout, sitting back and happy to build slowly.

Cork City were adventurous, but the final ball always seemed to be missing, with a number of over hit passes.

As the game reached its conclusion, DLR were happy to hit speculative shots in the hands of the City 'keeper.

Cork City remain winless after four games, and while defeat is disappointing, they are improving, their luck and results should turn with perseverance.

A clean sheet for Badana and another goal for Gleeson, means a solid afternoon's work in Cork for DLR Waves.