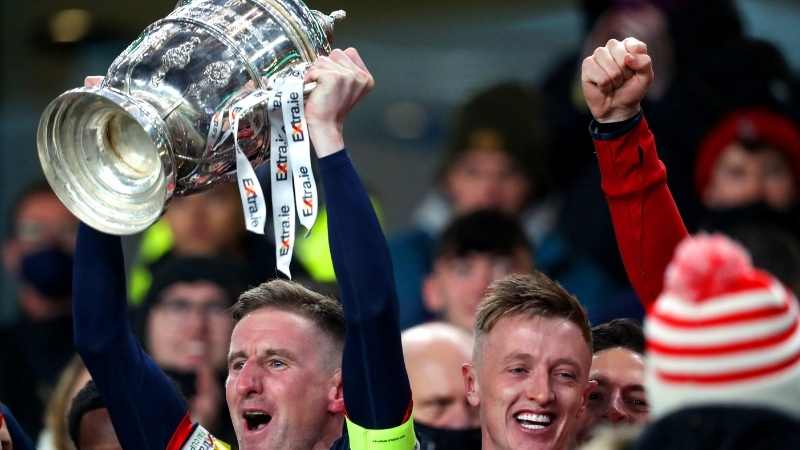 Extra time strikes from Chris Forrester and Rory Feely sent the game to penalties after the sides couldn’t be separated after 120 minutes. It’s a fourth FAI Cup win for Stephen O’Donnell’s side and a first since 2014.

It was a tight first half with few clear-cut chances for either side.

Liam Burt looked dangerous coming in off the left flank during the first 45 minutes for the Dalymount Park outfit and it was Burt involved in creating Bohemians first chance.

The wide man played a through ball into the path of Ross Tierney, but the Irish U21 international couldn’t direct his effort on target.

James Talbot was forced into action after the half hour mark when Jamie Lennon linked up with Robbie Benson just outside the Bohs’ box.

Lennon’s shot was saved excellently by Talbot to keep the scores level.

Chris Forrester caused Keith Long’s side some trouble during the first period with the former Peterborough skipper drifting between the Bohs’ defence and midfield.

Bohemians almost took the lead midway through the second half when Liam Burt’s ball found Ali Coote inside the area but his shot was blocked.

The breaking ball fell to Georgie Kelly but his strike was saved by Jaros. Pat’s best chance of the half fell to Darragh Burns whose initial shot was blocked by Wilson before his follow up effort was saved by James Talbot.

Neither side were able to make the breakthrough inside the first 90 minutes and the game went into Extra Time.

With players from both sides beginning to show fatigue, it was a piece of magic from Chris Forrester which opened the scoring.

The PFAI Player of the Year nominee went on a fantastic solo run from the halfway line shrugging off challenges from Omochere and Buckley before hitting a perfectly placed effort into the bottom corner past James Talbot.

Just minutes after the start of the second period of extra time, Bohs’ substitutes Keith Ward and Rory Feely combined for the equaliser. Ward’s in swinging delivery found Rory Feely who headed home powerfully to level the scores.

Keith Long’s side almost went ahead when Ross Tierney went on a solo run of his own but was denied by the on rushing Vitezlav Jaros to keep the scores at 1-1.

In the dying moments of the game, Feely almost bagged his second but Lee Desmond’s goal line clearance denied the Bohs defender and sent the game to penalties to decide the FAI Cup final.

Both sides started the shootout with some emphatic, well placed penalties. Dawson Devoy, Conor Levingston and Stephen Mallon all scored for Bohs before Keith Ward and Tyreke Wilson missed the target.

Robbie Benson stood up for Pats and fired home to send the FAI Cup back to Inchicore.