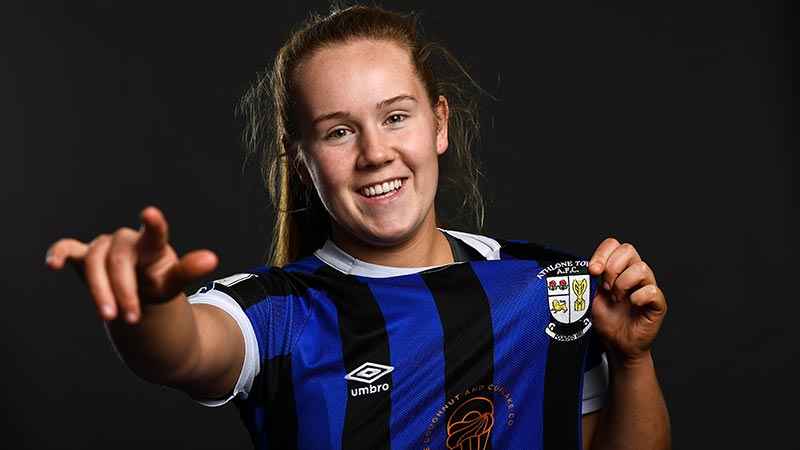 Athlone Town saw themselves through to the semi-finals of the FAI Womens’ Cup after a 2-0 win over Cork City in Lissywollen this evening.

A Muireann Devaney strike as well as a Gillian Keenan tap in, both in the second half saw the town advanced to the final four.

Athlone looked to threaten very early on. Just two minutes in, a cross from the left was met by Emily Corbet, who flicked it on to Keenan at the back post. Keenan got to it but Abby McCarthy was on the spot to save for Cork.

In the 11th minute Athlone had another good chance. Maddison Gibson created a chance after working some space out left and drilling one to Corbet in the box. Her shot was saved and the follow up fell to Devaney, who sent her effort over.

Cork started to come into the game and had Athlone under the kosh for some time. Five minutes after the Corbet/Devaney chances, Cork sent a corner in. A scramble had Athlone appealing for a handball and in a classic case of not playing the whistle, they allowed Cristina Dring to get into some space on the right hand side of the box.

She sent a low drilled cross into the mixer and although it was unclear who got the touch, the ball ricocheted off the bar. Perhaps good fortune for Athlone.

Athlone did come back into it after the half hour mark. Roisin Molloy drove aggressively at the byline out right and drilled a low one in. McCarthy came to deal with it but Gibson got there first, leaving the goalie stranded. She pulled it back to Corbet, who just couldn’t poke it in. It remained scoreless at the half.

Athlone started to get on top around the hour mark and it paid off. In the 65th minute, a loose ball on the right was sent long by Fiona Owens that allowed Devaney to give chase. Devaney kept her composure bearing down on goal and from the right hand side of the box, finished the effort off to make it 1-0.

The hosts would kill the game off with just under ten minutes to spare, after more pressure paid off.

The ball was passed around on the left wing and a cross came in that Keenan met. McCarthy saved again, but was powerless to stop the rebound. That goal would seal Athlone’s place in the semi-final of the cup.