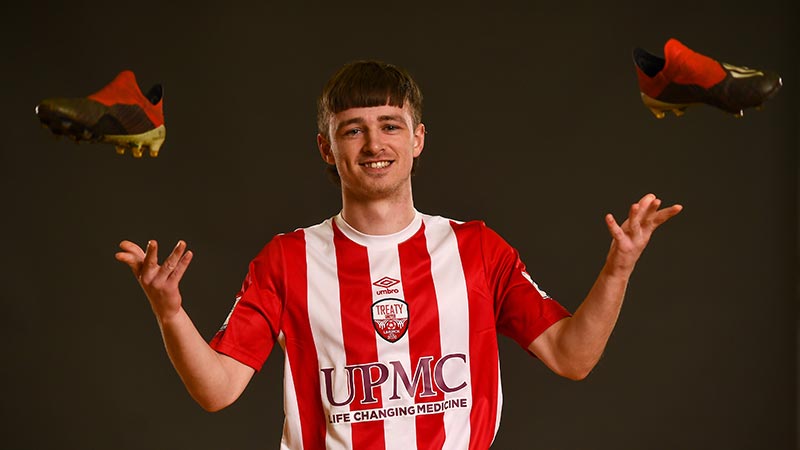 Two late, quick-fire goals were enough to see Treaty United claim all three points from Bray at the Markets Field.

First Willie Armshaw picked up a loose ball on the edge of the box and weaved his way to the byeline before firing the ball home from a tight angle on 86 minutes.

Seconds later, the Limerick side had all three points wrapped up when a Bray defender headed a Matt Keane cross into his own net.

Bray controlled the ball for long periods of the game, especially in the first half when they appeared to have a monopoly on possession. However, they lacked the cutting edge to cause Treaty goalkeeper Tadhg Ryan any issues and were left relying on pot shots, most notably from Conor Clifford who blasted several efforts high, wide, and out of the stadium.

The best chance of the half fell to Joe Doyle, who somehow couldn’t direct a header goalwards from five yards, and it looped harmlessly wide.

It took until 15 minutes after the restart for Treaty to fire their first shot in anger, when Ed McCarthy’s long-range strike clipped the top of the bar.

That seemed to shake the Limerick side into life, and they began to ask questions of the Seagulls defence.

Ed McCarthy put Matt Keane through on goal, but his shot was superbly saved by Brian Maher.

Treaty still had to be cautious, though, as Richie O’Farrell gathered the ball in the box and forced a fine stop from Tadhg Ryan with 15 minutes to go.

The sides looked to be playing out their second goalless draw of the season, until substitute Armshaw worked his magic to break the deadlock with less than five minutes to go, before Matt Keane sealed his side’s fate with an uncharacteristic error seconds later.

The win sees Treaty rise to fourth place while Bray remain stagnant in sixth, with the sides heading into a mid-season break.