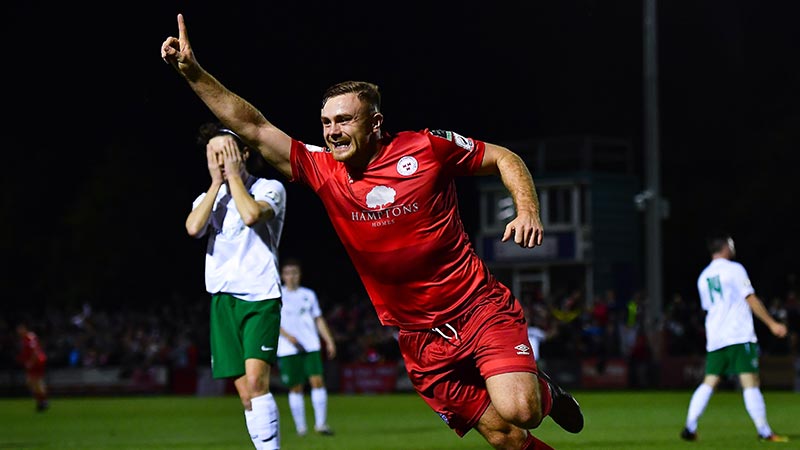 An early flurry of chances for Shelbourne settled the game against Cabinteely at Stradbrook Road this evening.

A missed penalty after five minutes and a George Poynton strike after 10 minutes saw out the match for the away side after a great game giving Shelbourne all three points.

Michael O'Connor delivered a second goal in the 90th minute ensure the victory.

The match started at a brilliant pace, both sides pushing up pressuring the opposition at every opportunity.

It was the visitors that had the first major opportunities, five minutes in Cabo were caught flat footed at the back when Shelbourne's Yassine En-Neyah was brought down in the box by Jack Hudson for a clear penalty and an early chance.

Ryan Brennan stepped up and took no time at all to get set, struck the ball and was denied by Harry Halwax it remained 0-0.

Ten minutes in a very poor back pass from Cabinteely, left keeper Halwax in no mans land clearing the ball with a header which fell to the feet of Shane Farrell whose brilliantly waited pass found the surging George Poynton who finished coolly into the bottom corner, and after 10 hectic minutes Shelbourne had their lead.

Cabinteely had chances of their own lone striker Ben Feeney heading over after 25 minutes, a great opportunity for the home side.

Shelbourne started to get a major grip on the game from this point with little the home side could do in the terms of chances. Shels mustered up chances from set pieces and open play but they led to nothing.

Shelbourne continued to dominate the game in the second half with Cabinteely seemingly unable to get out and create chances of their own.

Ally Gilchrist hit the crossbar after 60 minutes from one of the league leaders many set pieces they had many chances to settle the game during the second half.

Michael O Connor sealed victory for Shelbourne in the 90th minute leaving the victory in no doubt as they now seem destined to claim the title in the coming weeks.