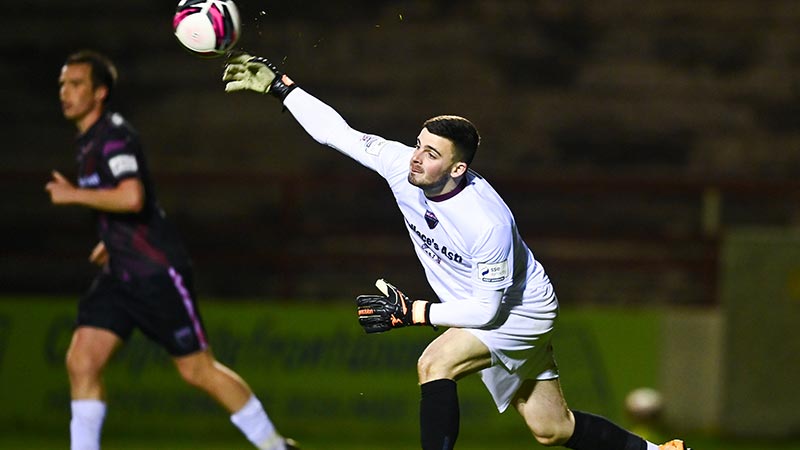 A Jake Moylan wonder strike from 25 yards out and a second half quick fire double from Kevin McEvoy and Thomas Considine separated only by two minutes sealed the victory for Wexford.

While this was an impressive attacking performance from the hosts at Ferrycarrig Park, it was Cobh who opened the scoring through Lee Devitt on 29 minutes, but Wexford delivered a strong response.

This was a match that started with the right intensity and attacking intent right from the word go.

Cobh got in behind the Wexford back line early doors and with just two minutes played they received a penalty for a push in the back, an obvious penalty and no major complaints from the home side.

Danny O’Connell stepped up and fired the ball over the crossbar from what looked like an attempt at a chip but unfortunately for him it didn't go to plan it remained 0-0.

Both sides enjoyed good spells of attacking football in the early exchanges, and it was Wexford who opened the scoring on the 27th minute an absolute rocket from Jack Moylan struck the ball from at least 25 yards out firing it into the back of Corey Chambers net, Chambers up to this point had produced two great saves but there was no stopping that effort from Moylan.

Cobh responded directly from tip off a ball played out wide was swung into the box and confusion in the home sides led to Lee Devitt with a nice tap in at the back post to level the sides with 28 minutes gone Youths unable to hold onto their lead for any significant period.

Both sides closed up the play after this hectic period with less efforts and a Danny O’Connell booking in the 35th minute being the only other main talking point before half time and the sides went in 1-1.

Second half saw both sides picking up where they left off good attacks from both sides.

It was Wexford who turned the game upside down for Cobh with two quick goals from Classy Kevin McEvoy in the 56th minute and Tomas Considine in the 78th minute, his first senior league goal for the hosts.

A raft of changes and yellow cards particularly for the side defending the lead slowed down the pace and rhythm of the match and not many chances were created in the final quarter of the match.

The Leinster outfit held on to this score-line and survived a late Cobh attacking spell, the Cork side failed to capitalize on their first half attacking treats and will be left rueing their penalty miss early on, a goal then could have completely changed the outcome of the match and they leave Ferrycarrig with nothing to take on their travels back down South.