Shels held to draw by Bray 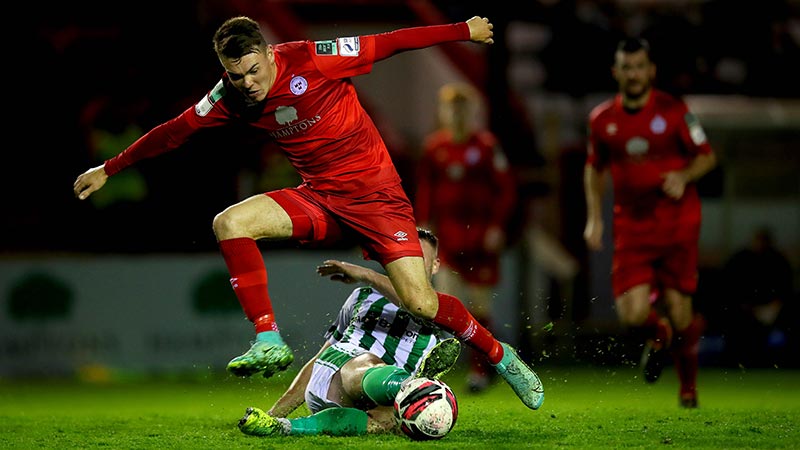 It was honours even at Tolka Park tonight as league leaders, Shelbourne were held to a 1-1 draw by Bray Wanderers.

It was a night of missed chances for the hosts who had a number of opportunities to extend their lead and widen the gap between themselves and second place.

Shels started the game the brighter of the two sides. There were just two minutes on the clock when Ryan Brennan picked out Michael O’Connor with a wonderful cross but the striker could not convert his header.

The Reds looked on top early on and despite a chance from Callum Thompson, their defence rarely looked troubled.

O’Connor was involved heavily in the first half with several efforts on goal, one of which forced a fantastic diving save from Bray ‘keeper Brian Maher.

The pressure from the hosts finally told as they took the lead just before half-time. A great cross from Dayle Rooney was dummied by O’Connor and it fell to Ryan Brennan who did well to control and smash the ball home.

Bray came out flying for the second half and looked to be in control of the game early on. Shels looked to be comfortable with sitting back and defending their lead.

It was the 68th minute when the visitor’s dominance was rewarded. A delightful one-two between Richie O'Farrell and Brandon Kavanagh saw O’Farrell get in behind the defence. The midfielder made no mistake and finished into the right-hand corner.

Maher was called into action on two more occasions making another great save and doing well to sprint out of his box and clear a loose ball away.

Overall, the draw seems to be what both teams deserved. However, both sides will be disappointed that they could not take the three points.

A win for Shelbourne would have extended their lead at the top of the table to ten points and made them very likely to be lifting the trophy come the end of the season.

A Bray victory would have seen them jump into second place and given them an outside chance of lifting silverware this year.