Shels in control in Limerick 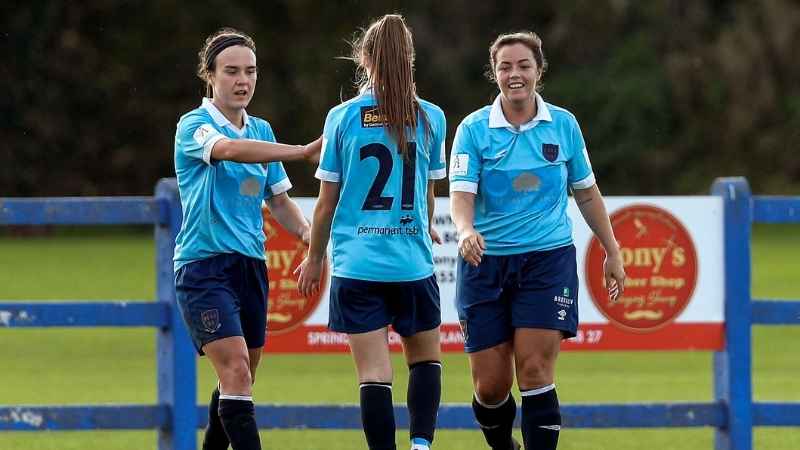 While Shelbourne were donning their away kit against Treaty United this afternoon in the WNL, there was nothing blue about their red hot 6-0 performance.

With Fairview Rangers the venue, the Limerick outfit threw their best efforts at the game but were thrown out of kilter by six well worked team goals - all of which were from different players.

Approaching kick off The Reds would have felt the pressure to rack up the result and put on a show today given both Wexford Youths and leaders Peamount United accumulated points yesterday, and that they did.

While it did take 28 minutes for the deadlock to be broken, the tallies began to mount from there when Shels turned on the flare.

Slattery was first on the scoresheet when Murray’s flick on saw her poke the ball past Michaela Mitchell.

The siege then continued when ex Cork star Noonan doubled the lead at the end of Murray’s corner, making it 2-0 before the interval.

Graham then bagged Noel King’s teams’ third of the day with a spectacular strike before provider Murray turned scorer in the 75th minute when she got on the end of a rebound for a poacher’s goal.

Treaty never gave up in their strives forward but it wasn’t to be their day at the back. Worryingly though for Shelbourne it wasn’t all bright and optimistic as this season’s 10-time clean sheet holder had to come off around the hour mark with an injury that appeared evident since early in the first half.

She was replaced by Sophie Lenehan but looking toward the final games of the season and the upcoming WFAI Cup match the net minder would be a massive loss to The Reds if she was to remain out for a long period of time.

Substitute Taylor White’s strike also then surpassed Mitchell, as did Jessie Stapleton’s insult to injury for the 6th just before the final whistle sounded.