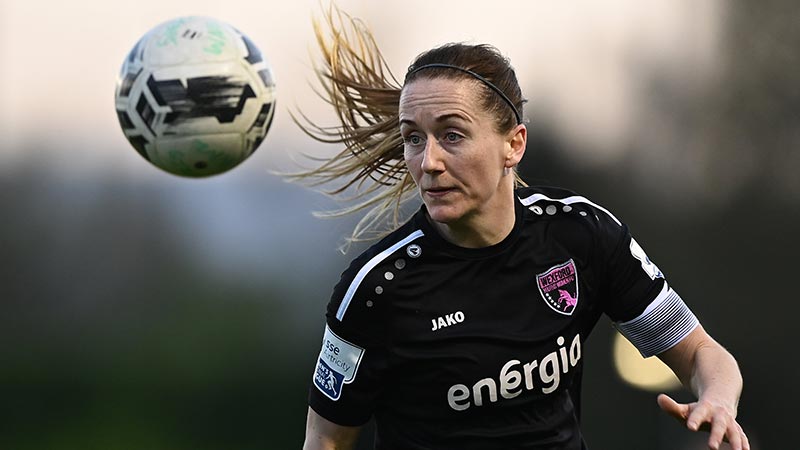 Wexford Youths kept their title hopes alive as they ran out 1-0 winners at Dalymount Park, courtesy of Kylie Murphy’s first half goal.

This loss condemns Bohemians to their third straight defeat, as they remain in seventh on just eight points from 13 games.

Wexford remain in third, trailing title rivals Peamount United and Shelbourne by a point after they also secured away victories.

The hosts started the better of the two sides as Chloe Darby and Lisa Murphy created half chances.

Wexford created the first clear cut opportunity of the game as well worked build up play meant the ball found Edel Kennedy, but her volley narrowly went over the crossbar.

Nicola Sinnott hit the post from a corner as the visitors grew into the game.

Youths were awarded a penalty midway through the first half as Murphy was brought down by Bronagh Kane.

Murphy missed the place-kick, by hitting the post but the in-form attacker coolly placed the rebound into the corner of the net.

However, the referee after discussions with his officiating team disallowed the goal after it was deemed that Murphy was offside in the build-up to the penalty.

Just eight minutes later, Murphy achieved her vengeance as she opened the scoring after a poor short pass back to the keeper by the Bohemians defence was pounced on by the pressing Youths, with the ball eventually slid in by Murphy.

Murphy went through on goal once more but a great save by Courtney Maguire denied her 10th goal of the campaign.

The second half lacked the spark and frenetic nature of the first as Bohemians failed to seriously threaten the Youths’ goal, with Wexford holding on for a precious three points.

Next up for Youths is a huge game at home to title rivals Shelbourne next Saturday, with Bohemians next in action on Wednesday away to the same opponents.