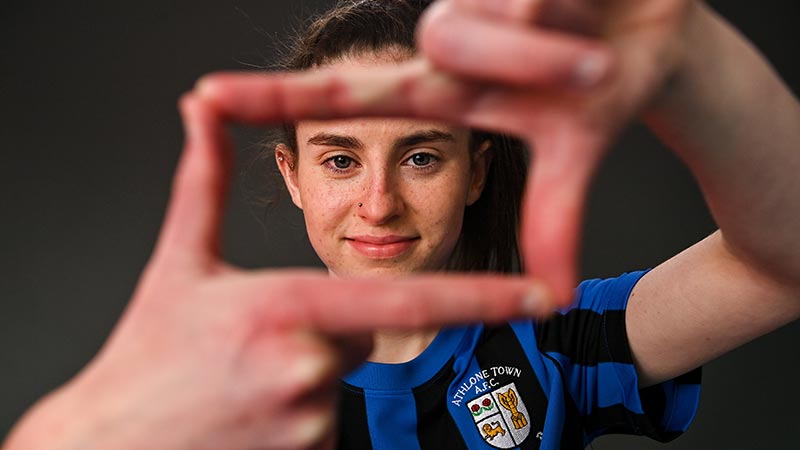 Bohemians secured sixth spot in the WNL table after earning a 1-1 draw away to Athlone Town tonight.

This game started off slow but in the 11th minute Bohs gave it a right spark, hitting the bar twice in a matter of moments.

The first effort came after Sophie Watters met a Katie Lovely cross at the back post, with her effort bouncing off the bar back toward the midfield. Bohs gave it another lash from long range, only to find the woodwork again. The tempo picked up from here.

Although it was an even affair Athlone would take the lead in the 34th minute. Lucy Jane Grant whipped in a cross from the left and her ball was met by Kellie Brennan, who with a deft touch guided the ball by Courtney Maguire to give the town the lead.

Around five minutes later tempers flared after a collision of heads between Erica Burke and Kelsey Munroe resulted in Munroe being grounded momentarily. Chloe Flynn in particular took issue with Burke for this. Cooler heads prevailed however and Munroe could continue.

Just under ten minutes into the second half, Bohs got back in it. They won a free right on the right hand side of the Athlone box, a foul which Athlone seemed to think was soft. Nonetheless, the ball was fired in and Athlone couldn’t deal with it, with Lisa Murphy just getting her head to it to put the ball past Niamh Coombes.

In the 62nd minute Emily Corbett almost scored an excellent goal. She was fed down the left hand side and cut onto her right, getting her shot off with ferocious pace whilst keeping it on target. Courtney Maguire stood firm however and put it behind.

The tempo remained but neither side had a real chance until the last ten minutes. Bohs earned a free right on the edge of the Athlone area but cannoned it off the wall. Chloe Darby and Kellie Brennan had good chances each, but couldn’t make them count.

Alas, a win was not to be for either side. Athlone and Bohs finish their sophomore seasons on level points, with Bohs finishing one spot ahead thanks to goal difference.