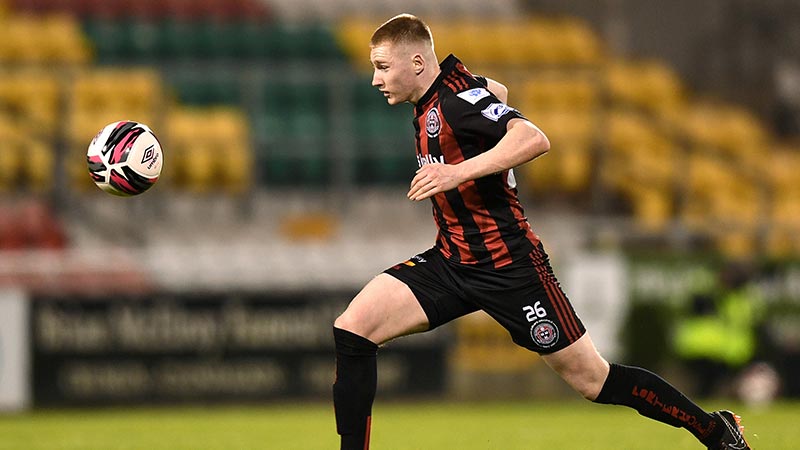 A second half brace from Ross Tierney sealed a 2-1 victory for Bohemians over Drogheda United in the League of Ireland Premier Division.

Keith Long’s side found themselves a goal down at the interval after Daniel O’Reilly’s first half strike, but they fought back in the second half to collect all three points at Dalymount.

Despite a slow enough opening, the hosts enjoyed the majority of possession throughout the half.

Drogheda United opened the scoring completely against the run of play, when Feeney’s cross found Daniel O’Reilly at the back post, who fired home from close range to give Drogheda the advantage.

Bohs had a couple of half chances during the first period, but they didn’t trouble Odumosu in the Drogheda net. The Louth side went into halftime with a one goal advantage.

Bohs came out firing at the start of the second half and got back into the game courtesy of Ross Tierney. Ali Coote drove through the midfield before finding Tierney on the edge of the Drogheda area. The Motherwell bound attacker turned excellently and slotted the ball into the bottom corner to equalise for his side.

Minutes later, Kane’s cross found Dinny Corcoran inside the box but his header was saved well by McGuinness. Tierney almost bagged his second just under the hour mark when Omochere’s through ball found the U21 International in acres of space inside the Drogheda area but his timid effort was collected at ease by Omochere.

With just over ten minutes to play, Ross Tierney picked the ball up around 25 yards out from goal and unleashed a right footed rocket into the top corner sending the Bohs’ faithful crazy. Drogheda’s Mark Doyle had plenty of chances off the bench for his side and after Markey’s strike inside the box was blocked by Feely, Doyle found himself with half the goal wide open from just a couple yards out.

Sadly, for Drogheda, their top scorer blasted over the bar and Bohs claimed all three points.

Bohs climb into fourth place ahead of Dundalk and Derry City on goal difference.