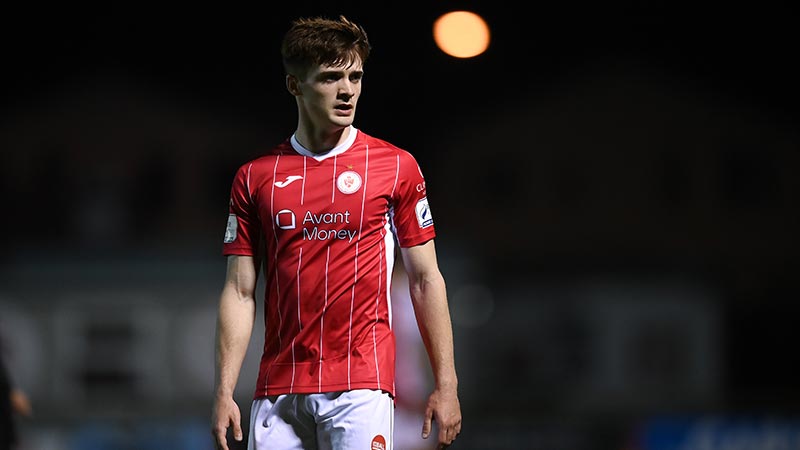 Finn Harps staged a dramatic recovery to earned a 2-2 draw with Sligo Rovers, despite playing a man in arrears for the majority of this encounter in Ballybofey.

Kosovar Sadiki earned himself an early straight red card when he inflicted a nasty tackle on Johnny Kenny in the fourth minute, leaving the home outfit with a hill to climb for the rest of the fixture.

Goals from Kenny and Niall Morahan saw the Rovers take the lead after the interval, with a late Sean Boyd strike not enough to mount a comeback for the men in blue.

Sadiki ‘s straight red infringement came on Kenny in the fourth minute, putting a taint on the proceedings right from the off and forcing Harps to switch to a 4-4-1 formation.

Sligo’s leading scorer was then involved in another major talking point later in the game missing a penalty minutes from half-time as keeper Mark McGinley got a touch to it with his feet as he dived across the face of his net.

0-0 at the break, Liam Buckley’s men knew they had to turn on the fireworks if they were to capitalise on the fantastic opportunity for all three points.

Kenny did so within the opening exchanges of the second 45, getting on the end of a superb Buckley ball to make good on his earlier mistake and slot the ball past McGinley.

This was later supplemented to by a half volley wonder strike by Niall Morahan, sending the Bit O’Red into game management mode assured they had a decent cushion under their belts.

The safety net was short lived however as substitute Boyd tucked away the hosts opening effort with 86 minutes gone, O’Sullivan cementing what seemed implausible just a few moments later as he blasted the ball into the back of the net to make it 2-2 in injury time.

Sligo now cede the chance for Derry to edge closer to them in tomorrow’s outing versus Drogheda United, while Harps will have an ecstatic take away but remain in limbo table position wise with Waterford.