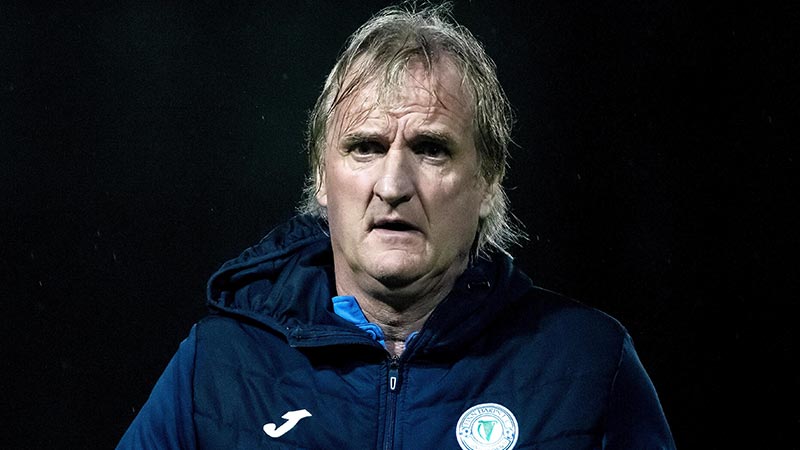 Finn Harps will definitely feel like it was two points dropped rather than one point gained, as they were held to a 0-0 draw against Drogheda United at Finn Park in the League of Ireland Premier Division.

Both Sean Boyd and Jake Hyland were shown straight red cards in the second period in a feisty affair in Ballybofey.

Ollie Horgan’s side dominated the majority of possession throughout the game but remain in the battle for survival heading into the final few fixtures of the season.

Pete Mahon’s men almost got off to the ideal start when Dane Massey’s shot was saved by McGinley but only out as far as Mark Doyle who slotted home from close range. Sadly, for Drogheda United, the linesman raised his flag for offside. That was as good as it got for the visitors during the first period, and they allowed Finn Harps to have the majority of the ball through the half.

After a quarter of on hour played, Ethan Boyle won the ball inside the Drogheda half before slotting Babatunde Owolabi through on goal. The inform striker dragged his effort just to the left of the post to let Drogheda off the hook.

Moments later Barry McNamee’s inch perfect through ball found Sean Boyd. The Finn Harps number nine hit his shot towards the Drogheda net but, Dane Massey’s all important deflected sent the ball out for a corner.

The resulting corner found the head of Boyd yet again who flicked the ball onto the back net where David Webster met it. Webster was unable to direct his effort on target and the ball rolled out for a goal kick. The sides went in level at the break.

Finn Harps again looked to be on the front and almost opened the scoring when left back, Jordan Mustoe’s cross found the head of Sean Boyd but his effort was comfortably saved by Odumoso. With just over 70 minutes on the clock, the game burst into life. Gary Deegan’s free kick forced a good save out of McGinley before Harps raced down the other end on the counterattack. Jake Hyland was then shown a straight red card for his poor tackle on Owolabi.

As the final whistle edged closer, Barry McNamee found Owolabi inside the Drogheda area with a beautiful, chipped pass. Owolabi couldn’t keep his header down and it looped over the bar.

With just under five minutes of normal time remaining, Sean Boyd was fouled by Deegan while counter attacking for the hosts. Boyd reacted furiously resulting in a straight red card for Boyd, meaning both sides were now down to ten men. The game ended scoreless and Finn Harps still have it all to do if they’re to jump out of the relegation zone.