Harps deliver against Bohs in Dalymount 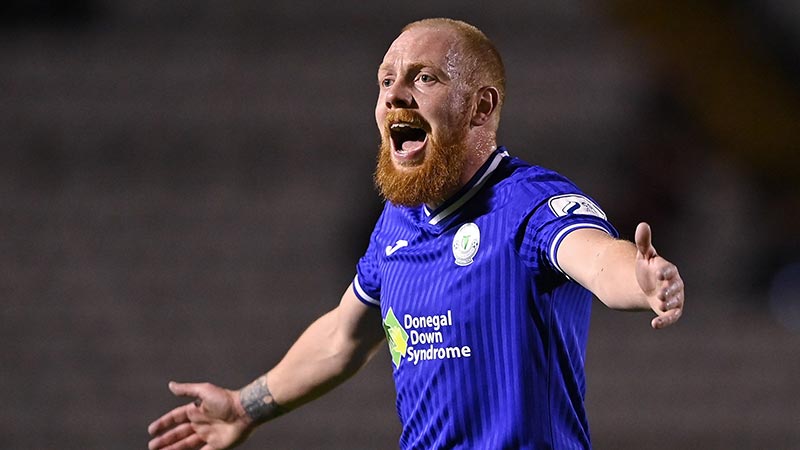 Both goals came in the second half, as Boyle found his shot from range, while Hawkins scored within seconds of his arrival off the bench. Liam Burt found the net in injury time, but the goal came too late for his side. The win gives Harps more breathing room, to survive in the Premier Division this year.

Bohs dominated the opening half and looked most likely to score, but Harps to their credit played a great second half, the goals coming at the optimum moment to give them the advantage.

It was a cagey opening start to the game, half chances falling to both clubs in the opening ten minutes, Georgie Kelly and Ethan Boyle both having headers miss the target.

The best chance of the half fell to Keith Buckley, the captain striking the ball from range at the Harps goal, Gerard Doherty doing enough to get a fingertip save, to send the ball over the bar.

Just over ten minutes elapsed in the second half before Harps got the breakthrough.

Boyle got to the edge of the box, then unleashed a shot that found its way into the back of the net, past James Talbot.

The home side were still trying to get back into the tie, chances coming at both ends, goal scorer Boyle making an amazing block to deny a clear goal scoring opportunity, while Tunde Owolabi missed a clear chance for Harps, on the fast break.

Dan Hawkins made an impact as a late sub for Harps, the forward coming on and had the ball in the net with his first few touches, Harps worked well in the build up before Hawkins fired into the back of the net.

The Gypsies never let their heads drop during the 90+ minutes, and were rewarded late on, Liam Burt on hand again to score with a lovely strike, the forward adding another goal to his tally. The Harps backline soaked up all the late pressure, put on by the Dubliners, but they held on to take all the points.