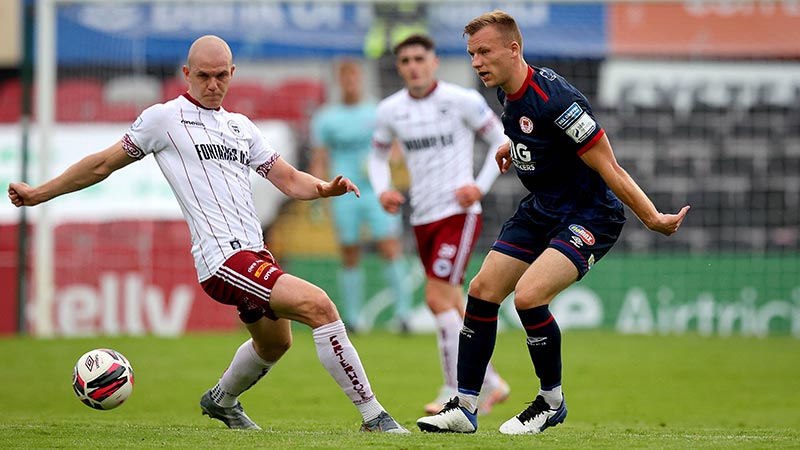 St Patrick’s Athletic endured a blow to their title hopes as they fell to a 3-2 defeat away to Bohemians at Dalymount Park.

Other results mean the former league leaders are displaced at the top of the table with Shamrock Rovers going top after their 3-1 win against Dundalk.

Bohemians are now just one place behind their opponents as they move up to fourth and St Patrick’s fall to third, behind Sligo Rovers on goal difference, who are in second with a game in hand.

The home side went in front at half time through the league’s top goal scorer Georgie Kelly who scored his 12th goal of the season.

Ross Tierney's shot was cleared off the line but the ball fell to the in-form Kelly who made no mistake in powering the rebound into the net to break the deadlock.

St Patrick’s equalised after Darragh Burns went through one on one and his shot cannoned off the post and hit the helpless Andy Lyons who deflected the ball into his own net.

But just as the Saints drew level, their momentum was squashed when they went down to 10 men.

Tiereney was brought down by a poor challenge from Lee Desmond who was rightly shown a second yellow card.

From the following free kick, things went from bad to worse for Stephen O’Donnell’s men as the set piece was wonderfully dispatched by a goal of the season contender from Tyreke Wilson, who placed the ball into the corner of the net.

Liam Burt then finished a brilliant counter attacking move to make it 3-1 and the game looked over when Ian Bermingham was shown a second yellow, to put his side down to nine men.

However, Darragh Burns late thunderbolt strike set up a nervy last few minutes, but Bohemians held on for a huge win.