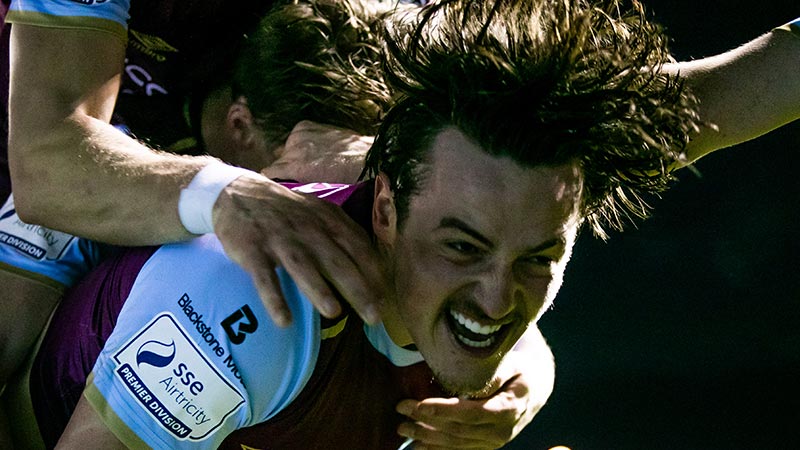 Drogheda United narrowly defeated a brave and battling Waterford side with a Cameron Evans own goal in the 89th minute proving the difference in an entertaining game.

Drogheda got off to a blistering start asking questions of the Waterford back four inside the opening minute. Chris Lyons went close meeting James Brown’s looping cross yards from the goal but saw his effort glance just over the crossbar. A solid start for the newly promoted side.

The silky Darragh Markey did well moments later jinking around Kyle Ferguson on the edge of the box but the support was too slow and Markey’s drilled cross across the box was easily cleared by Cameron Evans.

Drogheda in the early stages were enjoying plenty of possession but at the same time were quite wasteful in attack.

Against the run of play completely Waterford midfielder Jack Stafford went close to turning the game on it’s head with a powerful effort from distance but Odumuso was sharp to deny the young midfielder from giving the visitors the lead. The best chance of the opening half despite Drogheda seeing most of the ball.

The Stafford chance was the wake up call that Tim Clancy’s side needed as they went agonisingly close to breaking the deadlock with fifteen minutes played.

A succession of corners saw both Mark Doyle and Darragh Markey go close to finding the lead. Doyle did well to rise highest and guide a header towards goal but it cleared the bar by inches.

As expected, Murphy was a busy man in the opening stages and had to be sharp again moments later with Darragh Markey testing him from distance. To the relief of Murphy, Markey took the wrong option on this occasion opting to go himself with Chris Lyons racing into the box to his right.

Markey’s scuffed effort was tame in the end allowing Murphy to save with ease and get Waterford going again from the back.

Despite being under the cosh for large parts of the first half, Waterford battled well despite not really troubling Odumosu with chances of note.

Chances did fall to Cameron Evans and Jamie Mascoil as the half came to a close but once more that cutting edge in front of goal for the visitors reared its ugly head again leaving Drogheda with another easy enough recovery at the back.

The home side restarted the second half just as they finished the first. All of the ball, huge pressure on Waterford and a succession of dangerous chances in search of the opener.

The probing Darragh Markey made light work of beating Mascoll before curling a teasing effort just past the far post of Murphy. Drogheda slowly but surely turning the screw on the stubborn visitors.

The best chance of the game fell to the lively Chris Lyons moments before he was substituted in place of Dinny Corcoran.

Experience was the order of the evening as the game entered the closing stages with Dinny Corcoran and Daryl Murphy introduced in search of a winner. Both seasoned veterans at this stage but a clinical pair when it comes to finding the back of the net.

The first red card of the new season was shown but not to a player on this occasion. Waterford assistant manager Mike Newell was shown a straight red card by Kelly for getting a bit too strong with his vocals from the side line.

With just one minute of regular time remaining Drogheda took the lead in dramatic fashion. A cruel deflection off Waterford centre half Cameron Evans after they had battled so hard all evening. Evans threw himself in front of the ball bravely in an attempt to clear a lethal cross across the box from James Brown but ended up bundling the ball past Murphy and into the back of his own net.

That was to prove the winner with the final whistle blown moments later. Over the course of ninety minutes Drogheda deserved it but a cruel blow for battling Waterford.