Shamrock Rovers require extra time to get past Drogheda United 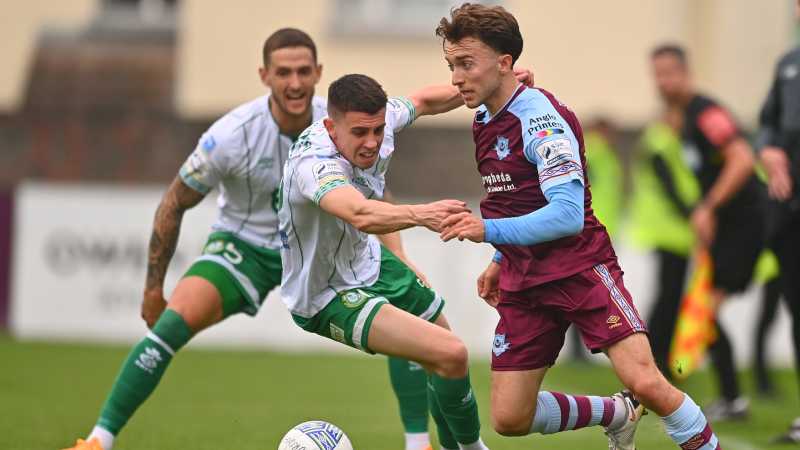 Shamrock Rovers became the final team to add their name to the hat for the FAI Cup Quarter Finals after extra time was required to beat Drogheda this evening.

Sean Gannon put Rovers in the lead after just four minutes but ex-Rovers man Dean Williams struck just before the hour mark from a very similar spot to equalise.

Andy Lyons was the hero though as with just ten to go in extra time Lyons picked the ball up just inside the box and smashed low and hard into the bottom corner to once again show Rovers incredible winning mentality.

Drogheda would’ve been hoping that they could pounce on Rovers from the off as they would be the fresher side with Rovers in action in Europe on Thursday night but it went the opposite way.

Rory Gaffney picked up the ball at the edge of the box and had all the time in the world to get a shot on goal. McCabe produced a great save in the Drogheda net but with the defense switched off Rovers recovered the ball and it was Gannon who eventually stuck the back of the net after just four minutes.

Rovers looked to build on their opener immediately forcing Colin McCabe into multiple saves before we hit the quarter hour mark but Drogheda kept the deficit to just one.

The game calmed down in the following stages, both teams struggled to work much beyond the back lines with Drogheda finding their feet after an early wobble. Rory Gaffney had a chance from 12 yards on his right but fired well over to the delight of the home crowd.

Neither side created too much towards the end of the half but the game began to flow a bit more with the referee leaving some slight contact go unpenalised. Roves lead by one at the break.

Drogheda United started the second half the better side and showed that they were well within a chance of getting back in this game. Just before the hour mark they did so.

Both teams battled hard with the scores level but neither managed to take a real hold of the game in the final half hour. Drogheda controlled play late on as it looked like Rover's fatigue might start to catch up to them having played substantially more games than their hosts this season but neither team broke through before the end. Extra time to come.

The breakthrough finally came after 110 minutes. Andy Lyons picked up the ball at the edge of the box and smashed off his right low and hard past McCabe to give his side the lead, in what must be said was against the run of play.

Drogheda pushed late to try bring it to penalties but Rovers proved once again that they are a team who know how to win and are for sure a favourite to win this cup.