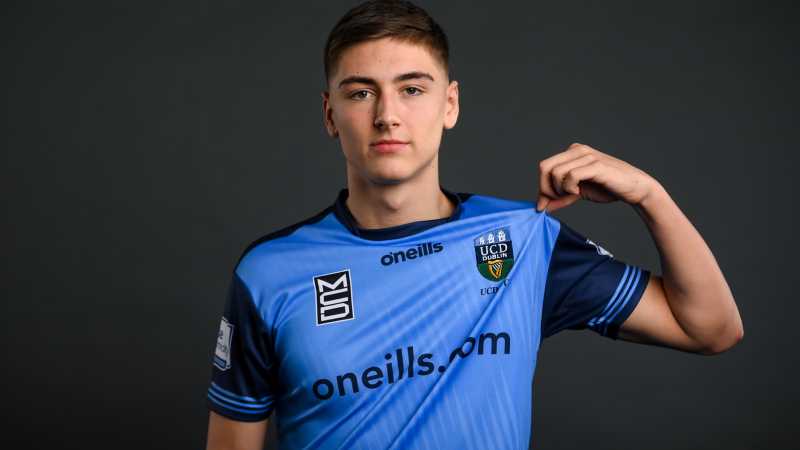 Tommy Lonergan took advantage of a grand mess at the back from Galway to net an 86th minute winner to see UCD beat United 3-2 at Eamonn Deacy Park this evening and progress to an FAI Cup quarter-final.

Galway 'keeper Matthew Connor spilled the ball outside his area after a mix up between he and his defender late in the game and UCD would take advantage for Lonergan to score into an open goal to the hosts' despair.

Lonergan had opened scoring after he got on the end of a top-quality Evan Caffrey set-piece clipped into the Galway area after 17 minutes.

The hosts would fight back and equalised just before half-time through a Mikie Rowe shot from just inside the 18-yard box.

A Dylan Duffy free-kick put UCD back ahead on 51 minutes but Max Hemmings would bring Galway back even within 15 minutes but the hosts' mistake late on would cost them dearly.

Early excitement came when Wilson Waweru excellently headed the ball into the back of the UCD net from inside the box but the forward newly-restored to the starting lineup was called offside and the goal was disallowed.

Waweru would have another chance come close on the ten minutes after he headed toward goal from a corner but his effort was defended off the line.
Against the run of play, UCD took the lead on 17 minutes after Lonergan volleyed in Caffrey's dangerous delivery.

The Students would come close to doubling their lead moments later when Sam Todd rose to head a corner toward goal and went narrowly wide.

Galway tried to fight their way back into the game for much of the remainder of the first period but struggled to threaten.

UCD would be fairly timid in attack too, feeling they had no reason to chase the game until the 44th minute, when Galway equalised through Rowe, who received the ball on the edge of the UCD area and turned quickly to fire a shot into the bottom left corner of the visitors' goal.

Galway started the second-half with an intensity that generated two scoring opportunities in quick succession but it was the visitors that would take the lead again.

A 51st minute free-kick saw Dylan Duffy power a shot over the Galway wall and into the top-right corner to put the Students ahead.

In a similar pattern to the first-half, UCD would appear content with a one goal lead and allowed Galway to apply pressure, which would see the hosts peg back UCD for a second time on 64 minutes.

Colm McCormack's cross into the visitors' area was hit at goal by Stephen Walsh only for Kian Moore to make a good save but Hemmings' follow-up would bring Galway even.

From then on it looked as if the home side would go and win the tie as they put Moore's goal under increasing pressure but the outfits' late mishap would transform affairs.

Under pressure from a UCD long-ball and an onrushing attacker, Connor just about gathered a headed pass from his defender. Seconds later though, the 'keeper dropped the ball and his opponent pounced to setup Lonergan in a central area to strike.

Galway advanced forward in additional time and came close on two occasions through Francely Lomboto but couldn't find the net to see UCD progress to a cup quarter-final for a second year running.