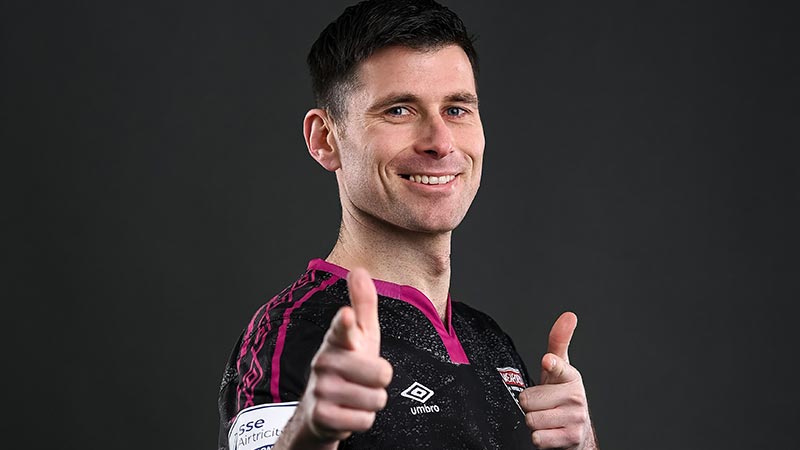 Dinny Corcoran's late equaliser, and a Luke McNicholas own goal in extra-time, saw First Division side Wexford FC recover from 1-0 down to knock Sligo Rovers out of this season's FAI Cup.

With a much-changed side from the one who stunned Motherwell in Europe on Thursday, manager John Russell gave debuts and rare starts to a handful of players.

Nonetheless, their lack of cohesion made for an underwhelming affair as Wexford defended astutely and had goalkeeper Alex Moody to thank for keeping them in the tie.

He made key saves from Max Mata and Frank Liivak before half-time and could do little to deny inspired substitute Aidan Keena from twelve yards, after Adam Wells hauled down Livak in the box.

Keena provided impetus and incision for a Sligo side lacking much urgency in the first-half, but he hit the woodwork shortly afterwards and missed other promising opportunities too. Their visitors eventually took strength from a myriad of spurned chances, while Moody and his defenders frequently repelled their hosts' attempts as the match went long.

Corcoran, who spent a season at Sligo in 2015-16, found himself in the right place at the right time to poke home a late equaliser in a goalmouth scramble. Extra-time was needed to separate the two sides.

As that reality sank in, a number of disgruntled supporters headed for the exits. Home fans still at The Showgrounds couldn't believe what they saw, as substitute Mark Byrne headed wide with the goal gaping at his mercy after good work by fellow sub Will Fitzgerald in the build-up.

Moody was again called into action, thwarting Fitzgerald and later Mata after some probing passes breached his backline. He would not be beaten again. Then, disaster struck for Sligo.

The usually reliable Luke McNicholas leapt to claim Ger Shortt's looping cross. He didn't assertively grab hold of the ball, instead parrying it into the netting at his far post, completing a seemingly improbable turnaround for a side largely reduced to long-distance efforts.

Liivak limped off injured, Keena and Fitzgerald were both called upon, and their hard graft went unrewarded. Not a good omen as they look to recover quickly and adequately prepare for a trip to Norway next with Viking FK awaiting them on Thursday.