Cork City end season on a high with win at Treaty 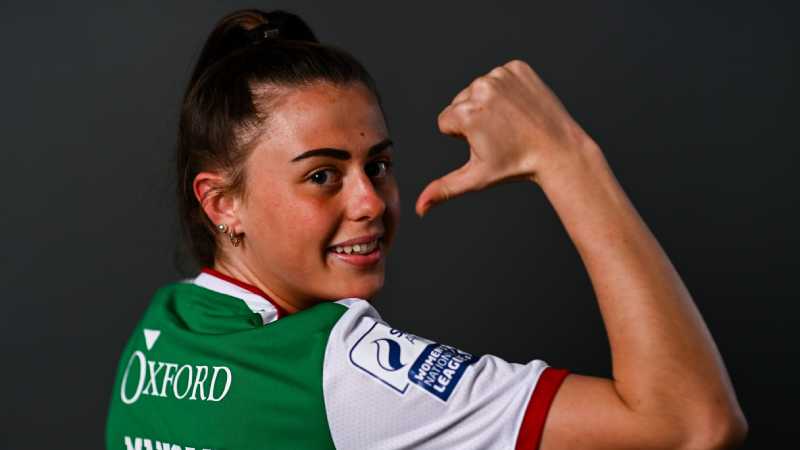 A brace from Aoife Cronin and one from Eva Mangan saw Cork City end their Women’s National League campaign with a win over Munster rivals Treaty Utd at the Markets Field. They finished the game with 10 players after Lauren Walsh was sent off for a second bookable offence in the 63rd minute.

Cronin got her first goal four minutes from the break. In the 55th minute Mangan made it 2-0 and in the 66th minute Cronin got her second and her side’s third goal.

This result means that bottom side Treaty Utd finish their league campaign without a win.

Although Treaty had an early chance through Kelsey Wing, City dominated the first half. Four minutes in and Wing brought a good save out of Abby McCarthy. Down the other end Christina Dring hit her effort wide while Cronin’s shot went over the bar in the eighth minute.

City forced a number of corners but they came to nothing. Zara Foley came close to breaking the deadlock in the 18th minute with a fine strike. Mangan’s shot was wide in the 37th minute while three minutes later Dring put the ball into the net but it was ruled out for offside.

In the 41st minute Cronin opened the scoring; Mangan’s free was nodded down by a Treaty player into the path of Cronin and she made no mistake. That goal had been coming and it was no more than City deserved.

City doubled their advantage in the 55th minute with Mangan finding the back of the net with a fine strike. Danny Murphy’s side were reduced to 10 players in the 63rd minute when Walsh was sent off with a second yellow card. Despite that blow, City got a third goal three minutes later when Croin lobbed Treaty keeper Trish Fennelly-Hunt.

The home side were unable to make use of the numerical advantage. They battled hard but didn’t do much to trouble the City netminder McCarthy. Lauren Singleton’s effort dipped over the bar in the 88th minute as City went in search of a fourth goal.