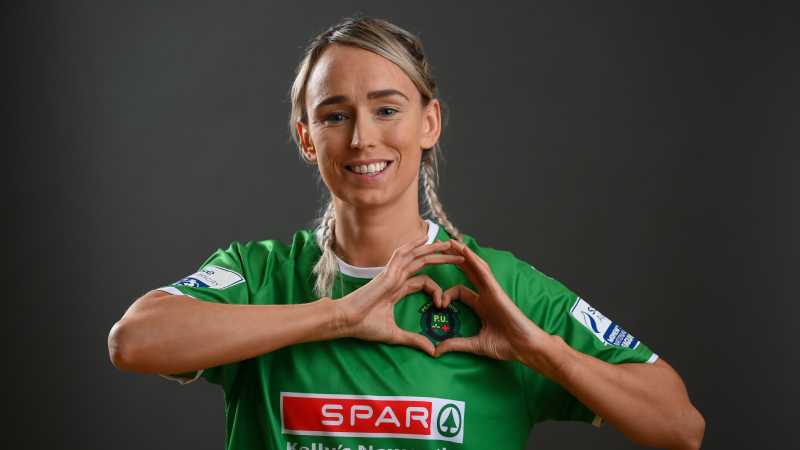 Peamount extended their winning run to five games after Stephanie Roche's 29th-minute penalty helped them to a 1-0 victory over Bohemians at PRL Park this evening.

The penalty was awarded to Peas after Lisa Murphy brought down Alannah McEvoy in the Bohs area and Roche went right and low to beat Rachael Kelly from the spot.

The goal came just after Kira Bates-Crosbie missed a golden chance for the visitors, who were right in the game in the opening half though Peas stepped up a gear after the break to see the game out.

The result means Peas keep pace with those around them in the WNL, after Shelbourne defeated Cork and Athlone beat league-leaders Wexford, and they now sit within three points of first place.

There wasn't much between the sides for most of the first-half, Peamount had the edge in terms of possession but created little in the way of scoring opportunities as Bohs' defence marshalled them well.

The visitors threatened more as star-winger Abbie Brophy grew into the game and she combined well with Rachel Doyle on the right to create the first big chance of the game.

Doyle crossed to Kira Bates-Crosbie in the Peas box but, with time and space in front of goal, the winger blazed over on 27 minutes.

Peamount would punish their opponents for that miss almost immediately when they took advantage of a mistake at the back by Lisa Murphy.

The Bohs center-back did well to control a high ball into her area but was a bit too relaxed when she brought it down and Alannah McEvoy stole possession from her.

Murphy rushed to win it back and took down McEvoy in doing so to see the home side awarded a penalty, which Stephanie Roche duly dispatched.

The Gypsies were arguably the better side after conceding but along with their opponents, could not take advantage of half-chances that fell their way, and Peas remained a goal ahead at half-time.

The hosts enjoyed much of the ball in the second period of play, denying Bohs the opportunity to break at pace as they had done in the first-half.

Little in the way of goalscoring chances came for either side until late in the game.

With ten minutes remaining, Sadbh Doyle found McEvoy at the far post but the forward somehow hit the post.

Soon after Bohemians had an opportunity to go level but Aoife Robinson was closed down by Chloe Moloney before she could shoot at goal.