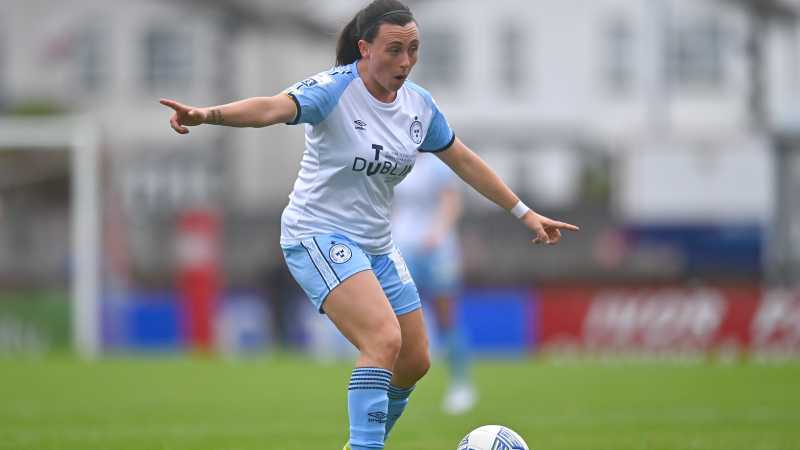 Substitute Megan Smyth-Lynch was the hero as Shelbourne were 2-1 winners over a competitive Cork City at Tolka Park.

Needing a win to stay in the race, Shelbourne made a fast start to the game and were nearly ahead after forty-five seconds when Leah Doyle had a goal disallowed for offside.

City settled thereafter and gained the ascendancy with Christina Dring looking particularly threatening with her pace causing problems for the Shels defence. The City striker hit the bar after 13 minutes when through one on one with Courtney Maguire.

Indeed, it was the visitors who got the breakthrough in the 24th minute when Becky Cassin scored from a penalty after Leah Doyle pushed Zara Foley inside the box.

Shels responded well and forced a couple of excellent saves from Noelle Murray and Abbie Larkin.
Heroics from one goalkeeper led to another piece of brilliance as Maguire did just about enough to put off Dring at her near post for what should have been City’s second goal.

The hosts finished strongly after that scare and drew level on the stroke of half time when Cassin put the ball in her own net from a dangerous corner from Alex Kavanagh.

Despite a sloppy first half from Shels with Cork being the better side, the hosts started better after the break. Once again, however, they were outdone by the offside trap when Murray’s goal was ruled out in the 56th minute.

It continued to be one way traffic as the half progressed with Shels laying siege to the Cork goal as a stubborn City defence hung on. Murray had the best of the chances but fired over from close range.

The visitors did come back into the game in the final twenty minutes but were reliant on set-pieces to create chances.

Both teams felt they could win the game in the final ten minutes as the energy picked up. While

In the end it was the hosts that would get the elusive goal as Megan Smyth-Lynch struck a wonderful effort in the 87th minute to make it 2-1 although Dring nearly snuck an equaliser in the dying moments in an entertaining finale.