Treaty United earn second point of the season at Sligo 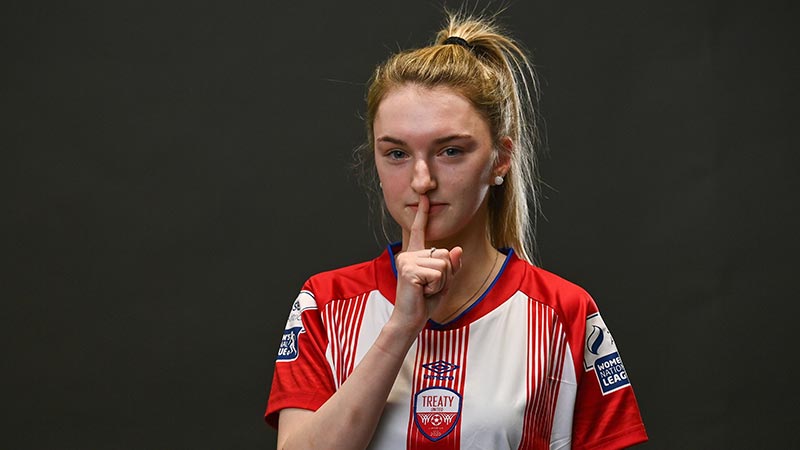 Treaty Utd were within six minutes of a first Women's National League victory at the Showgrounds today, but Sligo Rovers struck a late equaliser when substitute Lauren McLellan finished to the net for the hosts.

Cara Griffin gave Treaty Utd the lead with a delightful goal in the ninth minute when she lobbed Bit O'Red keeper Amy Mahon and the Munster side bettled with great determination for the remainder.

Prior to that conceding that early goal the hosts had chances with the best for Paula McGrory who headed over from almost under the Treaty crossbar.

There wasn't too much excitement after that until assistant-referee Keenan Deering broke his flag and play was halted briefly while fourth official Mark Houlihan sourced a replacement.

Sligo Rovers eventually upped the tempo and were denied an equaliser in the 30th minute when the woodwork intervened and from the rebound Aife Haran was denied by a Treaty defender.

Fiona Doherty had a glorious opportunity to equalise in the 35th minute, but she blazed wide from about 12 yards.

Leah Kelly and Gemma McGuinness also had a chances clsoe to the interval, but Trish Fennelly saved both efforts as Treaty held on to lead at the break.

Six minutes into the second-half Gemma McGuinness fired narrowly wide of the Treaty post as the hosts went in search of an equaliser.

Sligo Rovers continued to press and Amy Boyle-Carr went close on the hour while at the other end Treaty's Shannen O'Donovan had a half chance that Amy Mahon saved.

The pattern remained as Sligo continued to press and Treaty defended with great determination.

Treaty created a good opening in the 73rd minute, but Griffin dragged her shot wide, and at the other end McGuinness also blazed wide.

Six minutes from time Sligo Rovers got the equaliser when substitute Lauren McLellan finished to
the net with her first touch from about four yards when she pounced on a loose ball.