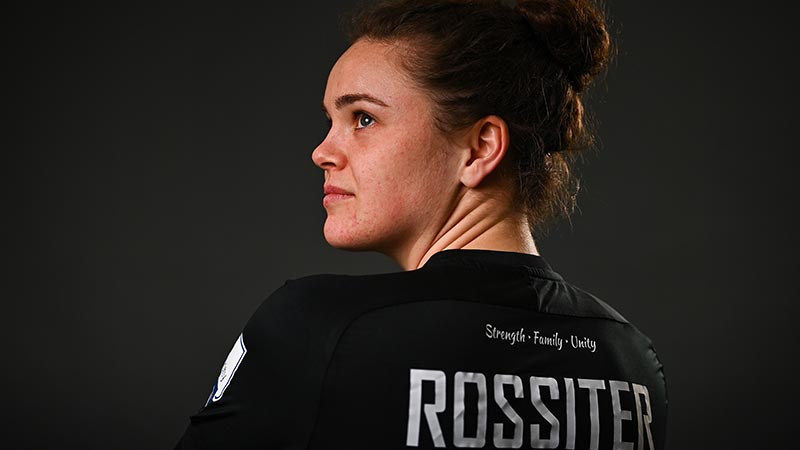 How long they'll stay there depends on whether Peamount can upset reigning champions Shelbourne in tonight's 7.35pm kick-off, but they rallied after early adversity against a spirited Cork effort.

Upbeat beforehand and keen to see his side's developments, he spoke with confidence they could upset the odds despite evidence suggesting otherwise.

Making incremental improvements, working to reach levels where they could consistently compete against the WNL's best, this was an intriguing acid test and the visitors were off to an ideal start.

Eva Mangan, one of two Cork starters called up to the Irish under-19 squad, was ever-present both defensively and in possession.

It was her marauding run from a rare corner which helped break the deadlock after 10 minutes, as her deflected shot wasn't cleared and Christina Dring reacted quickest to slot home a real poacher's finish.

10 minutes later, Mangan could've had an assist from another set-piece. Instead, Wexford's deficit remained just the one after leaving Becky Cassin unmarked at the far post, watching as her leaping header cannoned back off the crossbar.

The equaliser came from a soft penalty to concede, as Laura Shine upended Watkins in the area, with Aoibheann Clancy confidently converting the spot-kick - but despite Cork's start, it had been coming.

Rossiter, Jess Lawler, Kylie Murphy and Molloy all repeatedly threatened without success, while the latter's powerful effort whistled wide of the far post before half-time.

Early after the restart, Wexford were going through the gears as their chance creation intensified.

Clancy's lofted free-kick delivery after 52 minutes caused havoc in the box, with Ciara McNamara penalised and subsequently booked for a tangle of legs to foul Murphy.

Clancy completed her brace from the spot, while trying her luck with an audacious effort from an inswinging free-kick two minutes later, which floated narrowly wide.

It typified the hosts' ever-growing confidence and they had their third 15 minutes afterwards.

Between Danielle Burke and substitute Nadine Seward, they made a mess of possession in their half and Rossiter finished beautifully across goal with aplomb.

There was more to come: Nicola Sinnott had a header correctly chalked off for offside, but Wexford added two more goals in three minutes as the visitors wilted and space opened up.

Molloy skipped past her marker before curling one goalwards from distance, which goalkeeper Abby McCarthy could only parry into her net.

Rossiter then turned creator in transition to tee up Murphy, who couldn't miss at the far post. 5-1 was perhaps a harsh scoreline, but Cork were given another chastening lesson defensively here.