Galway WFC beat Sligo in goalfest at the Showgrounds 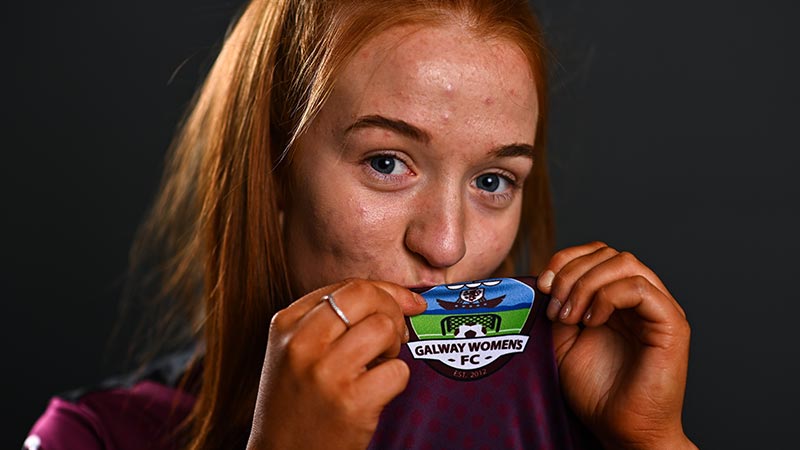 Galway took the Women's National League points at the Showgrounds following today an exciting 5-2 victory against hosts Sligo Rovers in a seven-goal encounter that was very competitive in the opening half.

Galway won the previoius encounter with a 5-2 victory at Eamonn Deacy Park last time out and they repeated that feat again.

The sides shared four first-half goals with hosts Sligo Rovers twice in the lead from some fine Paula McGrory finishing in the eighth and 15th minutes as she took her tally to five goals in the last three games.

Galway claimed the first equaliser through Jamie Erickson in the 10th minute and after 38 minutes Shauna Brennan had Galway back on level terms for a second time.

Sligo Rovers had chances in the 25th minute when Emma Doherty hit the post and the same player was denied by a smart Abbiegayle Ronayne stop in the 35th minute at the expense of a corner as the teams went into the interval at 2-2.

Five minutes into the second-half Galway forged ahead when Bryce Reynolds finished to the net from a corner as the ball bobbled around the six-yard box.

Almost immediately Sligo Rovers had a chance of an equaliser when Emma Doherty was denied by another smart save from Ronayne while at the other end Amy Mahon was kept busy by a potent-looking Galway attack.

Galway continued to press and in the 62nd minute Chloe Singleton glanced a header to the net at the far post to give Galway a 4-2 advantage.

However, the best goal of the game arrived in the 70th minute when Galway's Jenna Slattery rifled to the net from about 35 yards to effectively finish the game as a contest.

Both teams used all their substitutes and Galway played out some added time with 10 players after goalscorer Jenna Slattery sustained an injury and had to be assisted from the pitch.