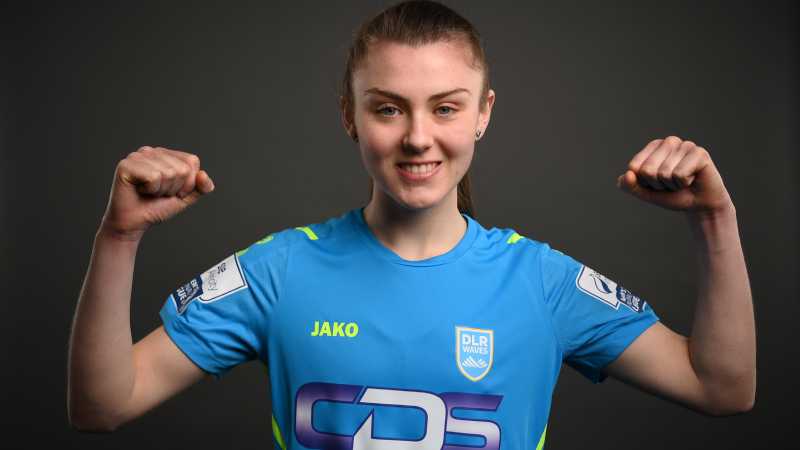 Mia Dodd’s Free kick after half an hour saw DLR Waves overcome a competitive Cork City side 1-0 at the Bellfield Bowl.

It was a very even start to the game with both sides enjoying spells of possession without creating clear cut chance in the opening ten minutes.

The first shot of the game came through City’s Laura Shine who forced a good save out of Irish call up Eve Badana in the 13th minute.

Badana’s opposite number Abbie McCarthy was called into action minutes later when she bravely cut out a cross from Kate Mooney in a duel which would continue throughout the half.

Waves began to take control of the game in the second quarter and got their reward on the half hour mark when Mia Dodd scored from a free kick after Mooney was fouled just outside the box.

One nearly became two in the 41st minute when Jane McKevitt’s shot from long range was well saved by McCarthy.

The City goalkeeper’s heroics continued on the stroke of half time when she saved a penalty from Mooney after she was fouled inside the box. 1-0 is how it finished at the break.

Waves began the second half the stronger side with Sarah McKevitt particularly influential down the right channel.

City would have a purple patch on the hour mark with a number of chances through substitute Orla Deasy and a long-range effort from Eva Mangan.

In the middle of this, the visitors thought they had the ball in the net through Christina Dring but the referee deemed the ball not to have crossed the line.

Waves managed to weather the storm and nearly doubled their lead from another free kick in the 70th minute when McKevitt hit the bar from the edge of the box.

Despite City’s best efforts in the closing stages, DLR held on for a narrow win to move three points clear of 7th placed Bohemians.