Peas prove too much for Athlone 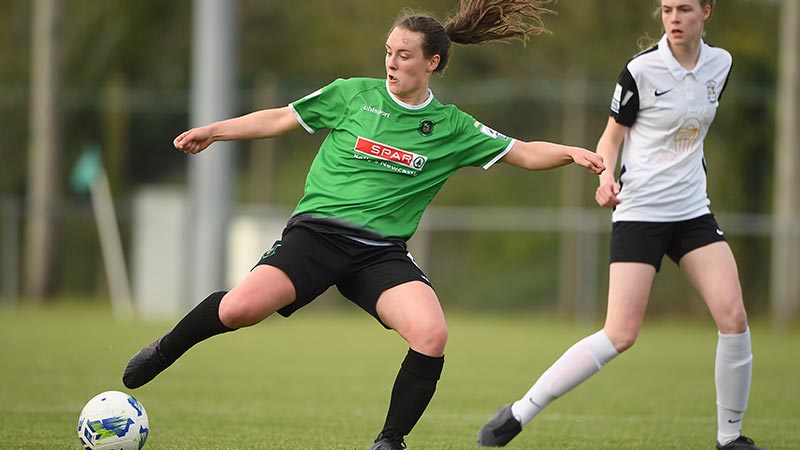 There weren't many clear cut chances in this game until the breakthrough came, but it was a fast paced game of football. It ebbed and flowed, with each side having certain times throughout the game that they looked better in.

Best chance before any of the goals that either side had was for Peamount in the 18th minute. A cross came in from the left that Athlone failed to deal with and it fell to Alannah McEvoy just yards out from goal.

With time to set herself, she missed target. Really a chance that should’ve been taken.

The breakthrough came right before the half time whistle and again was a result of Athlone not dealing with a cross. This time it came from the right, and a game of pinball ended up at the feet of Karen Duggan.

Duggan picked her spot and slotted it in from not far out. A moment of perfect timing from Peamount, as the whistle went right after Athlone took the kick-off.

Peamount started the half the better of the two sides, which would win them the game. Two minutes after the restart, a chance fell to Erin McLaughlin just yards out. Niamh Coombes covered her angles well though and pulled off a big save.

It wouldn’t take too long for the second to come however. In the 54th minute, Aine O’Gorman went through on goal and her effort was just tipped wide by Coombes.

The following corner proved deadly. The ball came in from the right and Duggan met it, smacking the post. The rebound fell to Chloe Moloney and she slotted in to give the Peas daylight.

Athlone rolled the dice on the hour mark with a double sub and it showed. In the following ten minutes, they had enough chances to at least get one.

Kellie Brennan scuffed one through on goal, Kayleigh shine saw a header cleared off the line, Madison Gibson hit the post and Jessica Hennessy also scuffed one. In the end, it just wasn’t their day.

Peamount on the other hand close the gap and should be pleased with the performance and result.