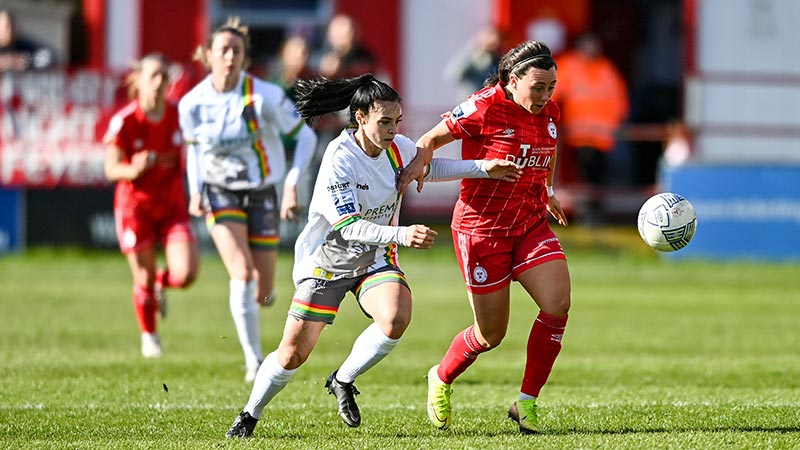 It was seventh against eighth as hosts Bohemian FC welcomed Sligo Rovers to Dalymount Park for the
first game after the mid-season break and Bohs won 2-1.

The opening exchanges were fairly tentative as Sligo attempted to contain the hosts and stay in the game.

The Bit O'Red had to rely on a smart Amy Mahon save in the 21st minute as she turned a well-struck
Abbie Brophy effort around the post.

Abbie Brophy caused problems for the visitors, but the hosts were kept at bay until the 43rd minute when
hesitation at the back gave Erica Burke an opening and she finished smartly to give Bohemian FC a 1-0
interval lead.

Emma Hansberry had a good chance for the Bit O'Red early in the second-half, but Rachael Kelly saved.

Gemma McGuinness levelled for Sligo in the 70th minute, but Bohs sub Aoife Robinson restored the
lead for the hosts in the 73rd minute and they held on.

Both teams failed to score last time out, but the Dublin side took a point at the Belfield Bowl
while Sligo Rovers conceded five against Peamount.

That was sufficient to give the Dublin side the points as they moved up to seventh.