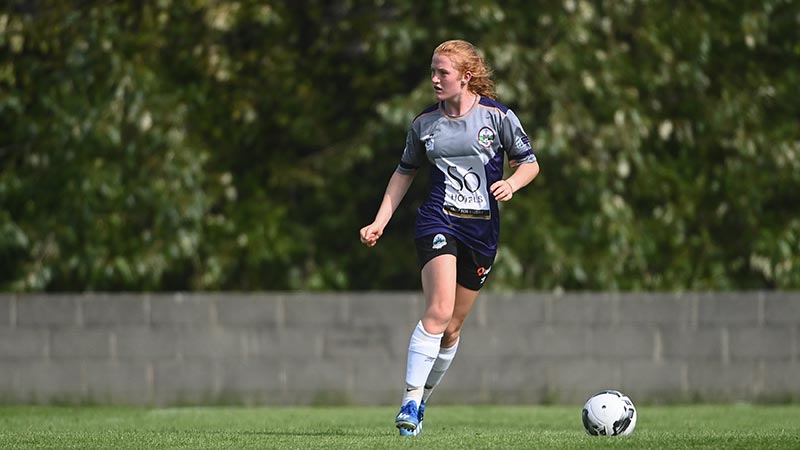 Slattery opened the scoring against her old club in the seventh minute and Brennan added another after half-time.

Though she missed an earlier penalty, Slattery made no mistake when she put away a spot-kick on 76 minutes to extend the Tribeswomen's lead to three.

Treaty's 10th consecutive defeat was worsened by the loss of Amy Madden before half-time to a serious looking injury.

The Limerick side have conceded early on several occasions this season and they continued this trend today, finding themselves trailing by the seventh minute.

This concession may have hurt more than usual as it was ex-Treaty midfielder Jenna Slattery who scored to send Galway ahead. The home side held most of the ball and had numerous chances to extend their lead but just couldn't get another in the first-half.

The Tribeswomen won a penalty in the 22nd minute following a Treaty handball and Slattery stepped up to have a chance of another score. Though she sent Treaty 'keeper Michaela Mitchell diving the wrong way, she hammered her shot off the left post. The striker was on target with the rebound but a free out was called and it stayed 1-0.

The game was fiery throughout the opening half and a number of physical challenges were put in from both sides.

Emma Starr looked to have gotten Galway's second goal when she lobbed into goal but she was deemed to have fouled Treaty fullback Amy Madden in doing so, and the goal was disallowed.

Madden had to receive medical attention and was eventually stretchered off the field due to her injury.
Galway were by far the better for the remainder of the half but couldn't find goal again before the break despite having chances.

The home team amended their composure in front of goal less than a minute into the second period.

Shauna Brennan found herself in plenty of space as the Treaty defence turned off and upon receiving the ball she drove it into the right corner of goal to bring her side two ahead.

United did enjoy more ball from that point onward as Galway were content to sit back. The visitors began to work the ball well but could not profit from several set-pieces won in opposition territory.

They still struggled at the back and gave another penalty away before the 80th minute to allow Slattery to score again to seal all three points for Galway.