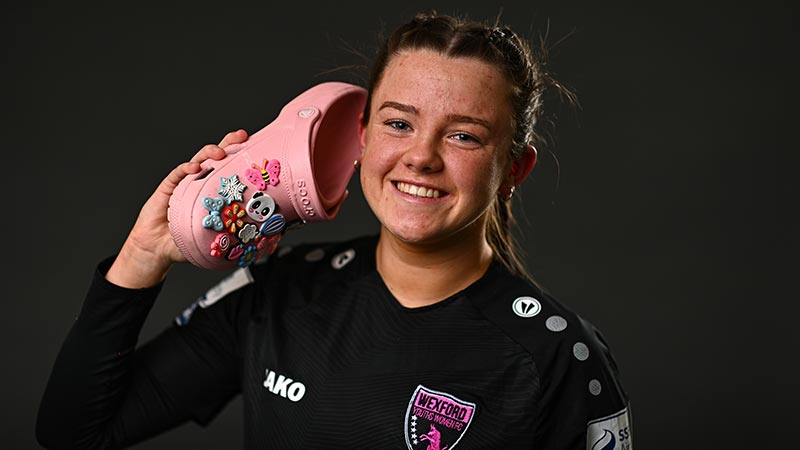 Wexford Youths overcame a battling Cork City in an entertaining clash at Turners Cross this evening.

There was a clear bounce from City after last week’s defeat with Jess Lawton now at the helm. Their shape and passing was clearer and sharper than earlier in the season.

Eva Mangan had the first shot of the game for the hosts when she jinxed past the Wexford defence. Her shot however flew over the bar.

Wexford grew into the game after the first ten minutes. Their best chance make through Kylie Murphy who managed to get in behind the Cork defence. Abby McCarthy just about managed to put her off however as she pulled the trigger.

Orlaith Deasy was arguably City’s best player in the opening half and she set up their best chance of the half after feeding Nadine Seward but her shot was kept out by Wexford keeper Maeve Williams.

That’s as close as it got for either side in the first with the sides going in 0-0 at the break.

Wexford started with more intent in the second half as they began to increase the tempo.

Despite this it would take a set piece for the visitors to break the deadlock in the 54th minute. Irish international Ellen Molloy showed why she is at that level with a spectacular free kick from 30 yards out.

The goal failed to deter Cork however and had their own moment of magic on sixty-four minutes when Becky Cassin hit a beautiful shot first time on the bounce leaving Williams no chance in the Wexford goal to level the game.

Wexford regained the ascendancy in the aftermath however in a game they could not afford to drop points in. Their pressure showed in the 71st minute when Emma Walker headed a powerful shot which beat Abby McCarthy at her near post to make it 2-1 to the visitors.

City remained competitive but were unable to find an equaliser in a much-improved display. A much needed win for Wexford however to stay in title contention.