Famous Five for Athlone at Peamount 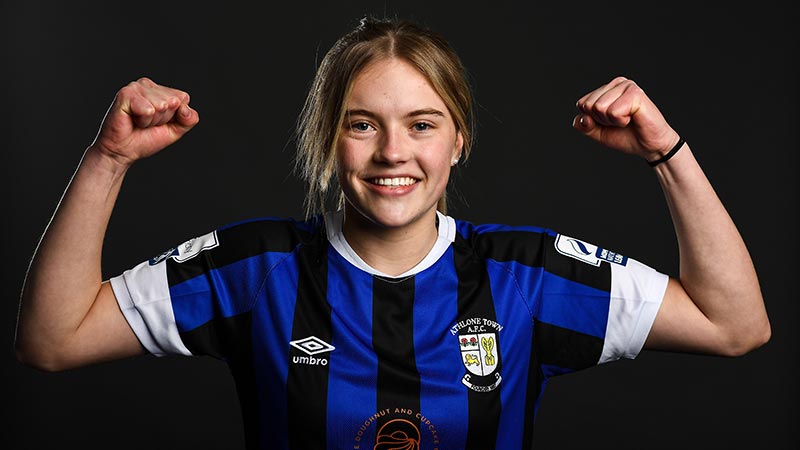 The result moves them level on points with United who fall further behind leaders Shebourne. Despite creating an avalanche of chances, the Peas rarely troubled away keeper Niamh Coombes.

Although they were dominated by possession and chances, Athlone’s Corbet showed her class with a ruthless finish after Muireann Devaney played her in.

Athlone arrived as the more in-form team following four successive victories. But it was Peamount who bossed the first half. Stephanie Roche, Jetta Berrill and Chloe Maloney all went close with headers from Tara O’Hanlon’s wicked corner deliveries.

Corbet who scored against Cork last week, continued her fine form, calmly dispatching the ball into the net from Devaney’s neat pass. Her potency there made it her ninth goal of the season already.

Aine O’Gorman’s direct running posed a threat and from a Berrill cross, Sadhbh Doyle headed over. Yet Corbet was increasingly prominent in the match providing a huge outlet for the away side.

And this threat was further illustrated by Athlone creating and subsequently, butchering two one-on-one situations, Corbet and Gillian Keenan effortlessly finding space to sneak in behind only to rue inaccurate finishing.

Peamount huffed and puffed, bombarding Coombes and co with long-range efforts and set piece deliveries. Doyle forced a save before Lauryn O’Callaghan’s header was so near to crossing the goal line. Athlone though demonstrated superb game-management, drawing the sting from the hosts as they perfected the “take the ball to the corner” injury time tactic.

This result sees them pull level with the Peas. And despite being behind on goal difference, this their 5th consecutive win in gritty fashion, keeps their momentum rolling in style.

Successive 1-0 losses for Peamount meanwhile could prove a significant obstacle to overcome. And one they must hurdle if they are to stay apace at the top of the WNL.