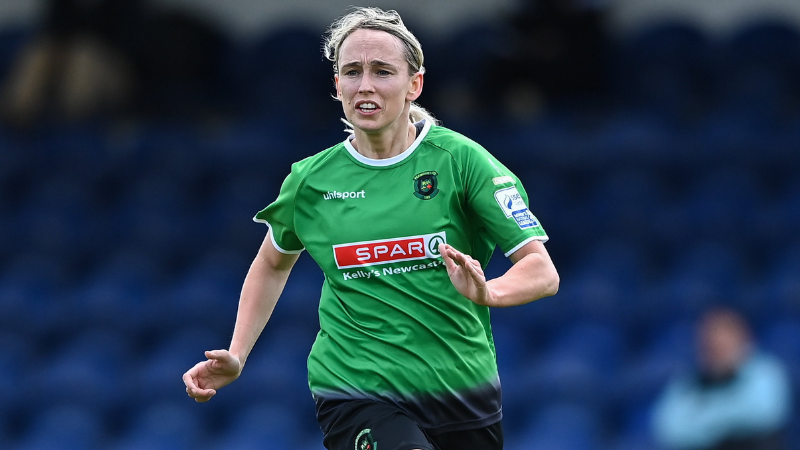 Lisa Murphy drew blood first for The Gypsies in the first half, but it was a penalty at the boot of Stephanie Roche that ensured the sides shared the spoils.

It will feel as if it is two points dropped for James O’Callaghan’s women given the title race thickens with main rivals Shelbourne, although for Bohs the result was hard earned but fair and they will hope they can carry the momentum into their upcoming clashes.

Against the run of play it was Bohs who hit the back of the net first. Reflective of their season so far, they proved their tenacity from corner kicks to find Murphy in the box who then looped the ball over Niamh Reid Burke and into the bottom right of the goal in the 26th minute.

Dora Gorman and Kira Bates Crosbie had a dangerous collision of heads around the 40th minute, forcing United into replacing Gorman with Lauren Kelly just before halftime.

It remained 1-0 all the way until the break, with the next goal not surfacing until the 62nd minute. There Murphy again found herself amid the action, fouling Roche in the box with a sliding tackle and inflicting a penalty into the game as a result.

The Puskas goal nominated player then converted her own chance from the spot, equalising the match at 1-1 with plenty of time remaining.

Jetta Berrill entered the fray for Peas in the 58th minute in replace of Alannah McEvoy and enjoyed a few half chances, although couldn’t get the ball fully under control to get a proper shot off.

A winner wasn’t to come to fruition however.  The final whistle concluded the affair at 1-1 despite Peamount’s late push, the highlight of which saw Roche throw a superb effort towards goal but a brilliant save by Rachael Kelly kept it out.

Next up Peas battle it out with reigning champions Shelbourne, while the north Dublin outfit aspire to continue their form versus Treaty United.