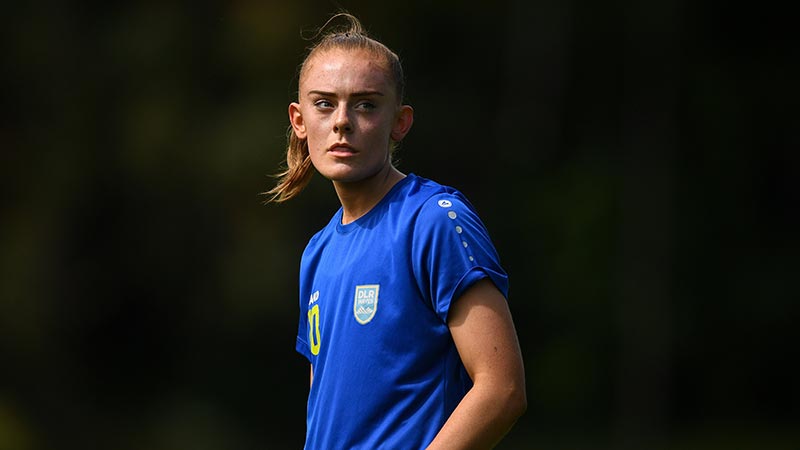 DLR Waves outclassed Cork City in a 6-0 victory at the UCD Bowl this evening, thanks in no small part to a first-half Katie Malone hat-trick.

Waves looked a level above City all over the field and Malone's goals had the game over by half-time.

An Avril Brierley goal and a Kerri Letmon brace added to DLR's lead in the second-half as they bounced back from their mid-week defeat to Athlone.

The win sees The South-Dublin club keep the pressure on the divisions' top sides and really highlighted the weakness of the WNLs' Munster sides as City had come into the game with high hopes after defeating Treaty United 4-0 midweek.

City had a few early chances through Lauren Singleton but the ever-solid Eve Bandana reacted well on both occasions to ensure she kept a seventh clean-sheet of the season.

DLR Waves were dominant from the outset and had numerous attempts come close before Katie Malone broke the deadlock when she poked into goal on 27 minutes.

Midfielder Mia Dodd was forced off injured on a stretcher soon after the home side took the lead and a there was a nine minute delay in play.

DLR did not let that slow their momentum. though, and Malone had the ball in the back of the net again soon after play restarted after she got on the end of a neat cross with no City defender close to her.

Four minutes later, Malone had her third in a goal that epitomised the deep contrast between the sides, with Cork under pressure from the DLR press, the ball was sent backward but neither keeper nor defender could deal with it and Malone lobbed both to secure her hat-trick before half-time.

It was more of the same after the break as Waves allowed the visitors little respite, Kerri Letmon beating the Cork keeper Abby McCarthy a minute into the half to put DLR four to the good and killing off any remaining City optimism.

Substitute Avril Brierley got a fifth for the home side on 71 minutes as the Belfielders were having a field day and Letmon added her second 10 minutes later to see the final score to 6-0.