Bohs make most of visit to Sligo 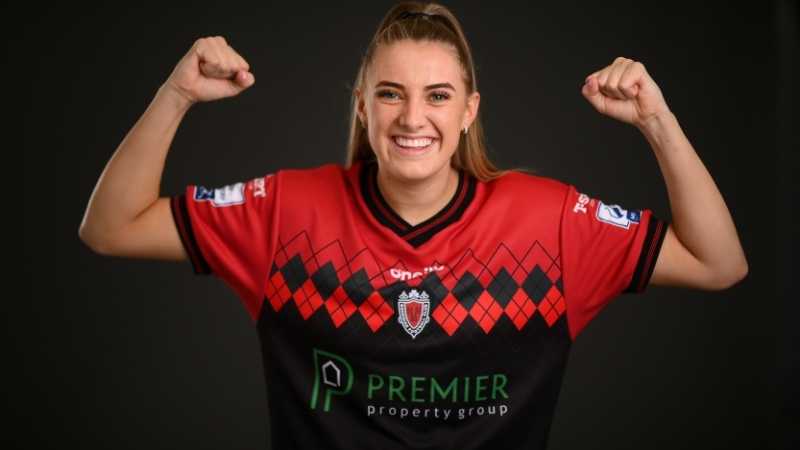 Bohemians made the most of their opportunities to capture a 3-1 victory against Sligo Rovers at The Showgrounds this afternoon, their first win of the 2022 WNL season.

A Chloe Darby header and a brace from captain Sinead Taylor the difference, the home side had an earlier rare goal from keeper Kristen Sample ruled out and a late consolation goal from a freekick from Emma Hansberry.

Both sides started with high intensity, Sligo employing a high press style to pressure Bohemians’ defense from the first whistle. Despite their progressive opportunities, it was The Gypsies who scored first, a fumble in the box resulting in Darby’s effort surpassing Sample around the 10th minute.

Inside 10 minutes later Taylor was called for an offside, jolting Rovers’ net minder Sample into taking the freekick. She lofted the ball over the entire defensive line and even Bohs’ keeper Rachel Kelly before bumbling into the net. After some celebration and subsequent confusion, it was deemed to be a foul due to it's direct nature and so the score resumed to 1-0 to the away team.

Skipper Taylor then capitalized on some space in Sligo’s box to tuck away her outfit’s second of the day in the 33rd minute, causing the atmosphere to somewhat subdue in The Showgrounds.

It stayed that way heading into the interval.

Darby and Taylor, aided by some good establishment play from Kira Bates Crosbie and Erica Burke had the the more prevalent chances early stages of the second half, forcing Sample into action on a number of occasions.

Gemma McGuinness saved a third tally going up on the scoreboard when she put in some last ditch defending to cover for Sample around the 83rd minute, but her hard work was to be undone just minutes later, Taylor wrapping up her brace in the 89th minute.

Captain Hansberry’s freekick’s were threatening all game long, only for one to be converted in the last minute of added time seconds before the final whistle to mark Sligo’s first ever official goal at home.

Next time out Steve Feeney’s players tackle Shelbourne in Tolka Park, while with the joy of their first triumph of the season from today in their pocket Bohs take on Cork City in Turner’s Cross.