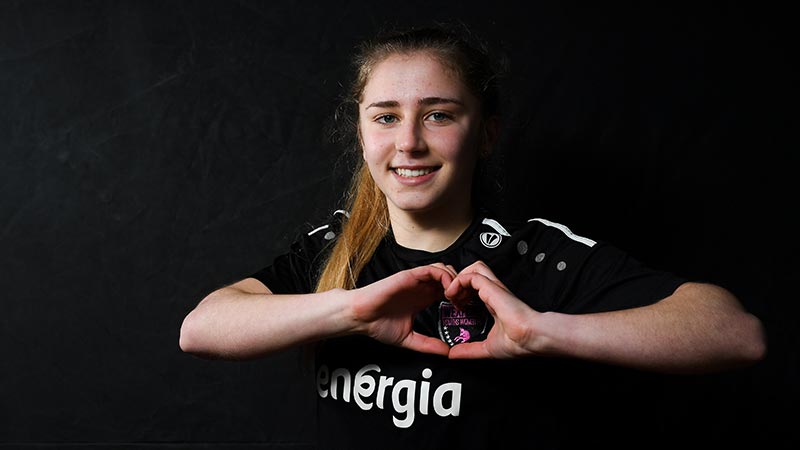 Emily Corbett gave the Midlanders the lead on the brink of half-time. An Ellen Molloy free along with a Jess Lawlor goal from a corner turned the result on its head in the last 20 minutes.

Athlone were the better side for long periods of this game, but it didn’t necessarily result in a lot of clear cut chances. Nonetheless, numerous individuals stood out in the first half.

Gillian Keenan, Dana Scheriff and Emily Corbett all looked lively. Keenan was finding joy on the right hand side often. Scheriff was spreading the ball from the middle of the park well. Chances were falling Emily Corbett’s way often.

It would be these players that would force the breakthrough on the brink of half time. Gillian Keenan again found herself in lots of space and sent a cross in. Youths wouldn’t deal with the danger and it fell to Corbett, who after one touch poked it past Kiev Gray. The half time whistle would go a matter of seconds later.

Athlone had a window in the first 15 of the second to add another goal, but couldn’t find it. Muireann Devaney was playing a lot of good cross field passes. One looking for Gillian Keenan was met by Gray, whose clearance met Scheriff. Scheriff attempted to catch Grey off her line from distance, but fired wide.

It became clear in the 70th minute that Athlone needed a second when Kylie Murphy missed a sitter. They wouldn’t find it.

Murphy herself won a free just outside the Athlone box a minute later. Ellen Molloy stepped up and a well worked routine saw the ball into the bottom corner. Youths would kick on from here.

Just four minutes later, the game was flipped on its head. A Wexford corner was not dealt with by Athlone, who allowed it to bounce in the box. The ball found its way to Jess Lawlor, who couldn’t miss from that close. A true super sub.

Wexford should’ve wrapped it up with two minutes to go after Ellen Molloy squared it to Murphy after some great work, but she missed another sitter.

It proved to be enough however. A good result for Wexford after a not so perfect performance, which sees them keep pace with Shels and Peamount early. Athlone on the other hand, can take a lot of positives.