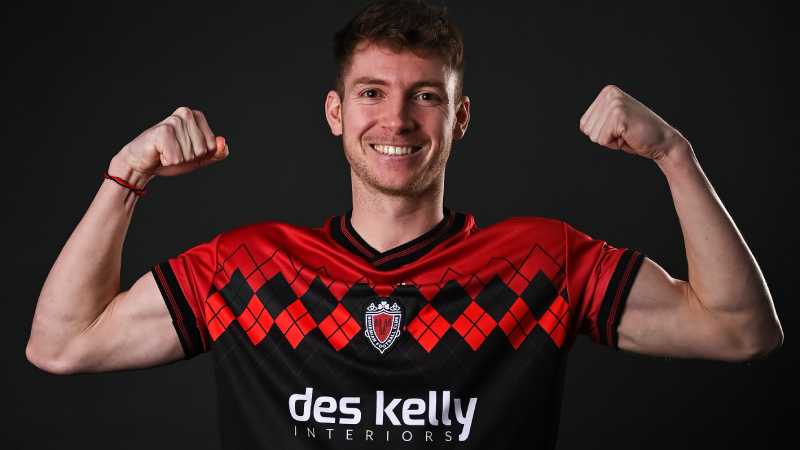 Bohemians ended their season with a fine win over Sligo Rovers at Dalymount Park. In what was manager Declan Devine’s third game in charge, Bohs were 3-0 up on the hour mark.

They opened the scoring in the 45th minute when a cross from Kris Twardek was completely missed by Sligo keeper Conor Walsh and came off the unfortunate Eanna Clancy.

Four minutes into the second half Rory Feely doubled his side’s advantage with a powerful header from close range. In the 60th minute, James Clarke got a third goal for Bohs. Aidan Keena got a consolation goal for Sligo in the 75th minute.

Bohs started brightly. A Jordan Flores free was headed away in the third minute. Seconds later Ciaran Kelly’s effort was cleared off the line by Colm Horgan.

Sligo were dealt a blow in the fifth minute when Paddy Kirk had to go off injured. They won three corners in the opening 10 minutes but they came to nothing. In the 11th minute, Liam Burt cut inside and hit an excellent shot that just narrowly went over the bar.

Ethon Varian went off injured for Bohs in the 19th minute. Bohs keeper Tadhg Ryan pulled off a save to deny Aidan Keena in the 32nd minute. Minutes later Ryan once again denied Keena as Sligo pressed.

The deadlock was broken in the 45th minute when the ball hit off Sligo defender Clancy. Just before the half-time whistle, Sligo had a chance but Frank Liivak headed over from close range.

In the 49th minute, Feely put Bohs 2-0 up. Minutes later Max Mata hit the crossbar with his effort as the visitors tried to get back into the game. In the 58th minute, Adam McDonnell hit a free that was well held by Ryan.

Sligo were hit by a sucker punch on the hour mark when Bohs got their third goal of the game through Clarke; James McManus did well to keep the ball in and crossed to Clarke who headed home.

Keena grabbed his 18th goal of the season in the 75th minute.