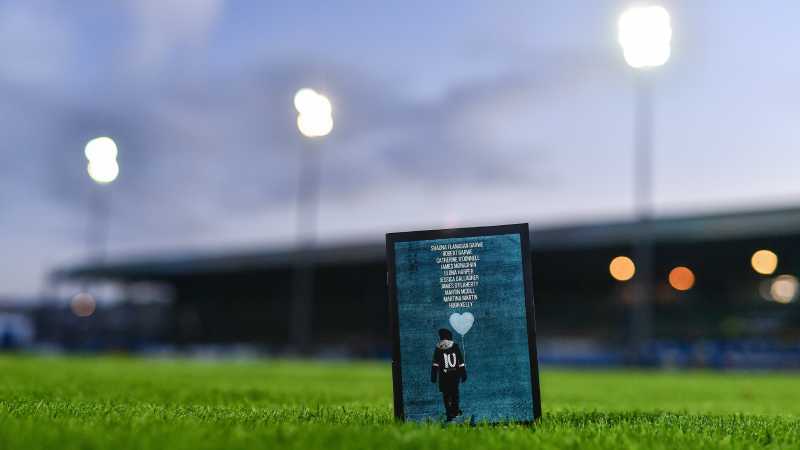 Dundalk took home all three points against Finn Harps after a 2-1 victory in Donegal in the SSE Airtricity League.

A 19th minute strike from Lewis Macari and a Rob Slevin own goal just before half-time made the all difference for the Lilywhites at Finn Park. Harps substitute Robert Jones scored from a corner with five minutes to go but it was too little too late for the hosts.

A touching tribute was paid pre-match to the victims of the Creeslough tragedy, with a minute's silence being dedicated to those who lost their lives last Friday.

It was a promising start for the hosts as Dylan Duncan was put through on goal and forced Dundalk keeper Nathan Sheppard into making a stop after just two minutes. The Lilywhites got a grip of the game after the early scare, holding possession well as they looked to unlock the Harps defence. Stephen O’Donnell’s side's positive play paid off as they took the lead on the 20-minute mark. A set-piece from the left wasn’t cleared by Harps, with the ball falling to Lewis Macari who hooked it into the top left corner to give Dundalk the lead.

The away side's confidence only grew from there as they began causing Harps problems down the wings. Dundalk nearly doubled their lead just two minutes later when a Darragh Leahy strike was spectacularly tipped away by Jamie McKeown. Ollie Horgan’s men were lacking creativity in midfield and struggled to create any clear-cut chances since Duncan’s early opportunity.

As the game entered the final minutes of the first-half, Harps suffered a major blow. Another dangerous cross from Dundalk was latched onto by forward David McMillan whose attempt was stopped well by McKeown, but Rob Slevin’s clearance somehow ended up in his own net, doubling the away side's lead.

Filip Mihaljevic came on for Harps at half-time and added a positive spark to the home side's play, with the Croatian adding some much-needed directness to the attack. Dundalk remained compact in defence throughout the second period, but Harps nearly pulled a goal back with 20 minutes to go through substitute Rob Jones, whose diving header flew just wide of the post. The hosts continued to attempt to push for a goal and with five minutes to go it arrived. A deep corner from Barry McNamee fell to Jones at the back post who made no mistake this time as he headed past Sheppard.

Tonight’s victory means Dundalk remain in third place, one point ahead of St Patrick’s Athletic with three games remaining as the chase for European football begins to heat up. Finn Harps remain in 9th place, level on points with UCD who have a game in hand.