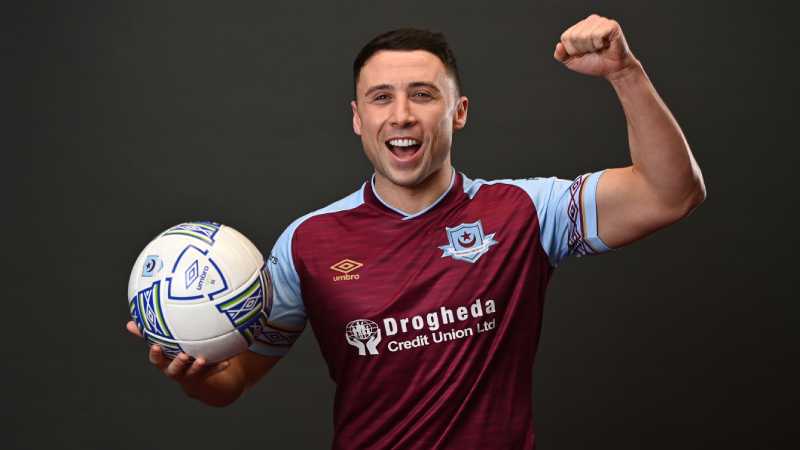 10-man Drogheda United earned a hard fought 1-1 against Shamrock Rovers this evening at Head in the Game Park, taking points off the Hoops for the third time in 2022.

Rovers dominated early possession as expected and got a lot of joy through Neil Farrugia on the right flank. After 26 minutes this joy became end product when Farrugia’s cross found Graham Burke in the box who slotted home calmly.

The Drogs responded brilliantly though and equalised in the 40th minute when Chris Lyons tapped home on the rebound of an Adam Foley shot. Gary Deegan was sent off late in the second half for a challenge on Jack Byrne but Drogheda held on to frustrate the Hoops in the title race.

A huge result for the Drogs but also for what is left of the season as Derry are given the chance to tighten the gap on the league leaders. The phrase European hangover is more than overused but Rovers were certainly off the pace in Louth tonight.

They started brightly though and immediately placed pressure on Colin McCabe's goal. Farrugia seemed to have the run on Massey and if someone was going to open up Drogheda’s defensive banks it looked like him.

This would be the case when his pull back found Burke on 26 minutes and Burke finished coolly. However Rovers enjoyed their opener a little too much and Kevin Doherty’s men responded intensely.

Dayle Rooney was a constant threat on the break, while Lyons and Foley both looked dangerous for the next 15 minutes. With five left in the half, Foley tried his luck from range and as Mannus spilled the shot, Lyons tapped in the rebound.

With 8th being an inconsequential place in the table, it feels like Drogheda’s purpose this year has been to annoy the big sides. That’s exactly what they did in the second-half, taking the sting out of the game but staying positive on the counter.

Rovers had an abundance of half chances through the likes of Burke and Gaffney but never had the killer pass available. Doherty was forced twice to bring on 19s players due to injuries for Foley and Rooney, which really put the broader situation of the two competing clubs into perspective.

However the added youth had no effect on the work rate of the home side, who worked tirelessly. Deegan was sent off with around 10 minutes left after he came in late on Byrne, somehow making the defensive task more difficult.

However with the help of a commanding performance in goal by McCabe, the Drogs held on to once again frustrate Stephen Bradley and add fire to the title race.