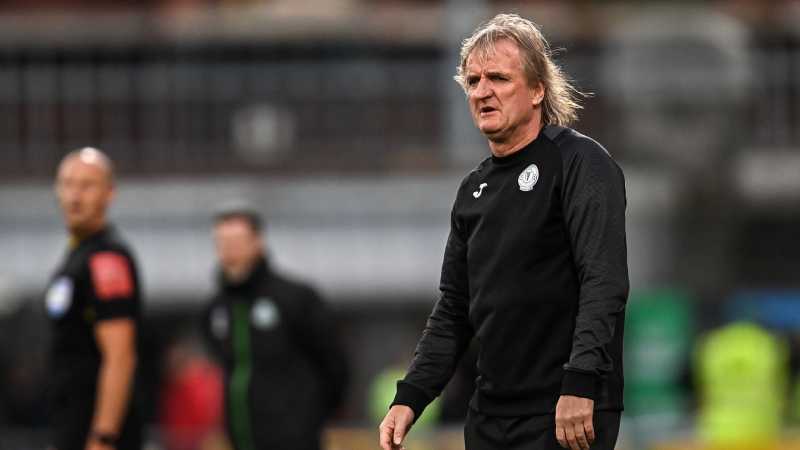 Finn Harps hopes of staying in the Premier Division have taken another hit, as they were held to a 1-1 draw by Shelbourne in Ballybofey.

Stephen Negru’s second-half header rescued a point for the Dubliners after Conor Tourish sent the home support into raptures with a header just minutes earlier.

The result, while not favourable, just take Harps off the bottom of the table, with UCD losing to Bohemians this evening. Certainly will be left sweating over results in the coming weeks.

It was a tight opening half in Ballybofey with very little in terms of action coming off scoring chances, two cards, two injuries and a lot of possession by the visitors. The best attempt at goal came from Dan Carr on as a sub, he connected well with Shane Farrell’s pass, skipped past on the onrushing James McKeown but Gary Boylan was there to clear.

Shels had some wayward chances but failed to really test the Harps goal, while Harps were praying for something to work their way. Going in level at the break, the point was enough to take them off the bottom.

Goals would come in the second half, a short corner routine from Boylan, found Barry McNamee in acres to cross into the area, where Conor Tourish was on hand to head home into the net. Que the wild scenes in Finn Park after 53 minutes played.

The lead was short-lived five minutes later a corner on the right-hand side, met the head of Stephen Negru on his first start for Shelbourne, McKeown could do little in the goal to parry away the effort, looked saveable as the header had little in the way of power.

After the goal Harps did have plenty of chances to retake the lead, the best forcing Brendan Clarke into an acrobatic save to deny Robert Jones, with a powerful header looking to nestle into the top corner.

McNamee hit a volley shortly after but it flew wide, former Harps man Sean Boyd almost looked to have snatched the winner not once but twice, his first effort hit the side netting, the second was saved well by the leg of McKeown.