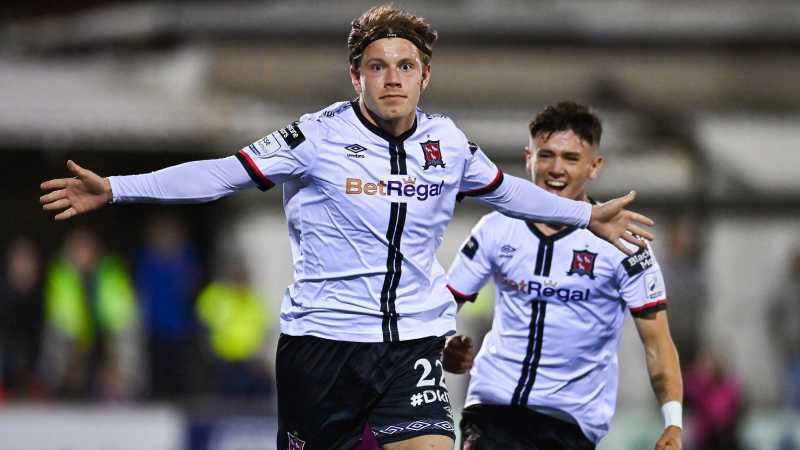 Dundalk FC claimed the last of the bragging rights in the Louth Derby as Runar Hauge scored the opening goal from the penalty spot for Dundalk FC, while Dane Massey scored an own goal for his former employers to give the Lilywhites a 2-0 victory at Casey's Field.

With the confidence-boosting victory and other results, Stephen O'Donnell's team has not only maintained their good home form but has also established a five-point lead over St. Patricks Athletic in fourth place.

Dundalk did a lot of the early running with a cross going into the Drogheda area and it nicked off a Dundalk player in the box but it just went wide. For Drogheda, they had a cross to the back post and it did make a connection with Darragh Nugent but the ball was already out so the goal would not have stood.

Dundalk was to go in front when Runar Hauge was taken down by Dylan Rooney with the referee awarding the home side a penalty. Hauge brushed himself off and despatched the penalty sending McCabe the wrong way.

Dane Massey was very much a Dundalk hero for many years and tonight he was Drogheda’s villain as he turned the ball into his own net but it was all about Greg Sloggett who did superbly on the right to drill a vicious ball in that Massey tried to block but the ball crept past McCabe at his near post.

In the second half, Ryan O'Kane broke free of the Drogheda back four and found himself one on one with the McCabe but his effort was blocked on the edge of the area.

Drogheda had a bit of a purple patch as they tried to get back into this contest but their series of efforts on the Dundalk goal came to nothing.

Following a delay in play, it was the added time of nine minutes that added to the drama of the contest. Ryan Brennan was sent off as the Drogheda midfielder hauled Robbie Benson to the ground and the referee gave him a straight red card.

It looked as if Keith Ward was to add some gloss to the scoreline as he collected the ball in his half spotted McCabe off his line and he went for broke with an effort that McCabe had to tip over the bar.

Not a game for the purist but the result is massive as Dundalk have one hand it seems on Europe for next season.