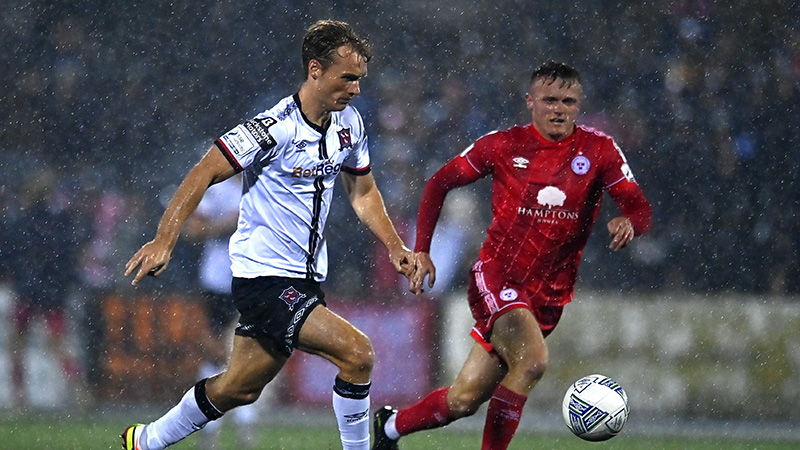 Although there were countless opportunities for both teams, Dundalk and Shelbourne were forced to settle for a draw in Casey's Field.

Both goalkeepers for their respective teams, Nathan Sheppard and Brendan Clarke, were required to step up more than once in a game that was full of incidents and ended in a 0-0 stalemate.

Shane Farrell and John Martin, who on other days would have converted their chances and will be regretting the wasted opportunities they failed to take in a game that had plenty of give and take.

Shane Farrell broke down the right after a ball that split the Dundalk defence, and despite O'Kane's attention, he managed to get a good shot away on goal, but Sheppard did well with a low stop. Jack Moylan's great effort down the left side pushed Nathan Sheppard to make a save, which he could only parry and which he succeeded in making saving on the second try.

Ryan O'Kane outran his defender to cross the ball for Dundalk, but John Martin's attempt to score was stopped by a block. Martin was given a pass into the area a few seconds later, and although he was outstretched, his shot somehow missed the target. Keith Ward charged into the area as the home side kept up the pressure, and it appeared as though his jersey had dragged him down, but the referee waved away the calls for a penalty.

Following the break, Keith Ward's free kick for Dundalk was headed goalward by Mountney, but it bounced off the crossbar. O'Kane cut to his right and struck a low effort that Brendan Clarke had to be certain of to save after Ward beat the offside trap and supplied the ball to him.

The home team kept up the pressure as David McMillan dove to convert a free kick from Ward that narrowly missed him. McMillan appeared to have won the tie after latching onto a deft pass, but Clarke expertly stopped his low effort.

Conor Kane appeared to sustain a serious injury as he went down and needed to be carried away in the closing seconds. Dundalk will feel they have really lost ground tonight in the race for second place because of Derry City’s win and they could only muster a point.