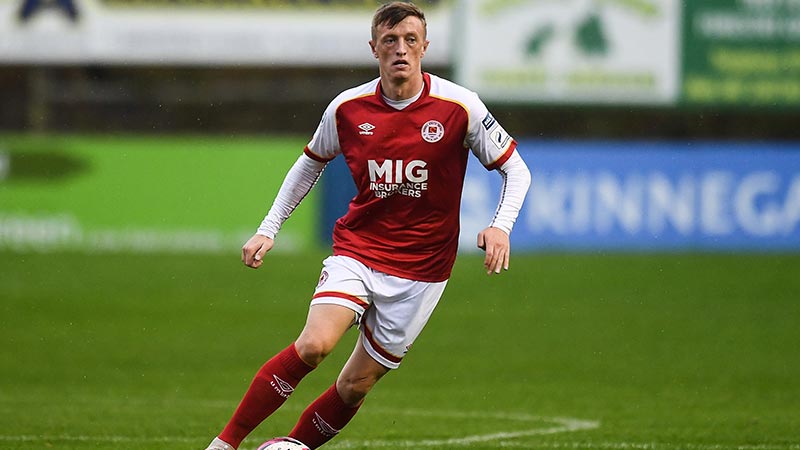 St Patrick's Athletic defeated Finn Harps 2-1 at Richmond Park this evening to get within two points of that all-important third place in the LOI Premier Division.

Barry McNamee got one back for the visitors on 24 minutes and the Donegal side would push for another in the second-half.

Pat's were able to absorb Harps' pressure and had chances of their own late in the game, holding on for a 2-1 victory over the visitors who had a man sent off in the final ten minutes.

Despite Pat's European ambitions, Finn Harps were the better side for the opening stages of this fixture but failed to seriously threaten Pat's goal.

Harps had a Gary Boylan shot grasped by Saints 'keeper Danny Rodgers in their only effort on goal early on and would be stunned by two quick-fire goals from Pat's to see find themselves trailing before 20 minutes.

A well worked passing move from the home side saw Anto Breslin fire in a cross from the left for Chris Forrester to get on the end of and hit past James McKeown to see Pat's take the lead against the run of play.

The Saints would continue to attack and scored a second goal when Barry Cotter's defended cross bounced out to Anto Breslin in the Harps' area and he hit the back of the net for Pat's second goal in three minutes.

Ever the determined competitors, Harps responded on 24 minutes after Eric McWoods picked out skipper Barry McNamee in space in front of the Pat's goal and the Donegal man grabbed a goal back for the visitors.

The visitors had another chance moments later when the ball bounced dangerously in front of the Saints' goal but no attacker could hit it toward goal.

After that period, St Pat's would have the better of things in terms of possession without creating any huge scoring opportunities.

Serge Atakayi had the best chance for the home team with five minutes remaining in the half but his timid effort was easily gathered by McKeown.

Harps would push hard for an equaliser in the second-half, troubling Pat's from several set-piece deliveries.

Barry McNamee came close just after the hour mark when he got a toe to another McWoods cross from the right but Rodgers was there to gather.

Having absorbed early pressure from the visitors, Pat's searched for the decisive third goal though failed to beat McKeown in the Harps net.

A challenge on Adam O'Reilly on 83 minutes saw Harps defender Liam McGing sent-off and the home side pushed their advantage in the final stages of the game to see of their North-Western opponents.